It’s so annoying that there are so many pay in advance cashless parking apps. I’ve just installed my 4th such app (I assume different councils use different competing apps). I ended up wishing I could just pay with the loose change I keep in my car.

Am aware there is typically an option to pay over phone instead of installing an app, but it’s a pretty slow and clunky option in my experience.

There really needs to be a system where you can use any parking app to park in any cashless pay in advance car park nationwide, or have a single app for whole country.

I’ve said it a few times previously, but I use cash so rarely now, I actually feel extremely fed up if I’m in a situation where there is no option but to use cash. My Wife and I went to a restaurant a couple of weeks back and we paid by card. We were going to leave a small tip added to the bill, but they seemingly couldn’t accept a gratuity that way. I said to the guy who’d served us that we just don’t carry cash any more and he shrugged and off he went. I make no apologies, I’m not going to carry cash around just to hand out in tips! I’ll be honest, even touching filthy germ/faeces/drug contaminated coins and notes, makes me feel violated

I’m a self-confessed cash-tipper, always have been.

Have to say, however, you’re eloquently beginning to put me off the whole idea……

And SureStart for future generations…

Have card tips been granted the protections that cash tips have yet?

In what way are cash tips protected?

You can’t siphon a cash tip, last I checked Pizza Express etc took ~50% of their front of house employees’ tips to shore up kitchen staff wages.

Some time ago, the Government confirmed that tips and service charges can’t count as part of the National Minimum Wage.

The Government are currently also putting through the Employment (Allocation of Tips) Bill through Parliament. 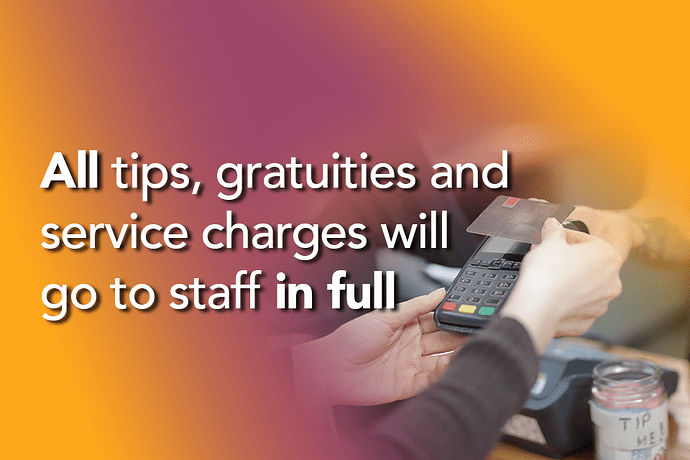 Cash boost for millions of workers as government backs new law to ensure all... Cost of living: People turning back to cash as prices rise

I’ve seen cash usage ramp up in my line of work - but I’ve yet to see a single instance where it’s helping people budget. A false sense of security and little else.

Doubt this is anything more than a tabloid piece by the BBC, rather than actual decent journalism

From Halifax terms and conditions coming into effect in November 2022 they have this line included;
“• We’ve added a new condition to say that we may not replace your card when it expires if you haven’t used it for 6 months or more”

I have many debit cards that I never touch because all my spend is on Credit cards or the Chase card.
Isn’t this pushing more people into being cashless?

I don’t know if that’s particularly unusual. I’ve had at least one other bank notice I’m not using my debit card and tell me they won’t bother sending me a new one unless I explicitly request it.

Isn’t this pushing more people into being cashless?

If you haven’t used your debit card for six months then you’re already cashless.

Santander send a letter a few months before expiry warning that if there’s no activity in the next couple of months they won’t reissue unless you ring them and ask for one.

Barclays didn’t reissue my debit card (which I’m pretty sure I had literally never used, only used the account for BlueRewards and access to their formerly good H2B ISA) - annoyingly this meant I couldn’t regain access to my account when I lost my phone last year.

Pretty sure Nationwide do something similar too.

I don’t think it’s really much to do with ‘pushing people to go cashless’ but more saving themselves the (not inconsiderable cost) of reissuing a debit card which is likely to literally never be used. Neither bank offer a non-physical debit card (at least not without an accompanying physical debit card).