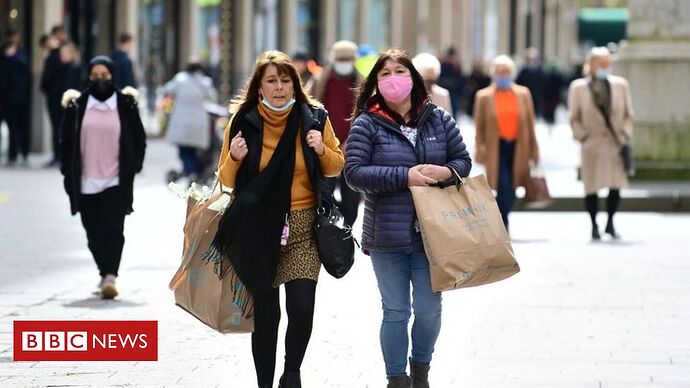 Universal basic income to be tested in Wales

It means adults regardless of income, will be given money to cover essential living costs.

I’ve seen some of these pilots before and they’re never UBI. There always time limited, or they don’t replace other benefits and seems to ultimately change how the money is spent. Somehow I’m not confident the government are capable of running an actual valid ubi experiment

As @Eden said - we haven’t really seen a proper UBI trial yet.

To get all the benefits of UBI, it has to replace all benefits and it has to be long-term.

Got to remove the cliff edge that disincentivises benefit recipients from taking on work.

If UBI were implemented we could massively cut civil service spending, means testing etc. It would save a lot of money.

We could simplify income tax by removing the personal allowance and having a flat rate of tax on all marginal income.

All the complication of tax codes, over/underpayment would go away. People would understand the system. Everyone would be taxed fairly.

Well, they do say it’s going to be a limited trial given the Senedd’s current limited ability to launch such a project. It will be interesting to see how it goes. R-

EDIT: I was posting at the same time as Chris, who has made a much better job of the point.

Got to remove the cliff edge that disincentivises benefit recipients from taking on work.

Or look from a perspective of basic humanity and make the societal changes needed so that people aren’t in this position to begin with.

UBI won’t do it alone, the same way that legislating we’ll treat everyone equally won’t change 100’s of years of inequality overnight. However constantly stigmatising everyone who claims benefits is worse than trying something even if it doesn’t work

No one here is stigmatising benefits recipients.

If I was a benefits recipient and faced a 100%+ marginal rate of tax* for taking on work, I’d be just as disincentivised as anyone else.

*loss of benefits as income increases

From a “basic humanity” point of view, I see humanity in people being freed from state dependency and for them having the dignity and security of a regular paycheque they earnt through work.

An overly maternalistic welfare state strips people of their humanity.

I wonder what will happen in the future as the world population keeps increasing to ever unsustainable levels? Automation creeping into every area of employment. Eventually, there won’t be enough jobs anyway to support populations. Eventually, Governments around the world are going to have to basically support most people in one form or another. I’m not particularly looking forward to the next 30 or 40 years from this perspctive if I’m honest.

I would like to think that human ingenuity and the will to survive will see us through. But, I have had a couple of glasses. R-

I wonder what will happen in the future as the world population keeps increasing to ever unsustainable levels? Automation creeping into every area of employment. Eventually, there won’t be enough jobs anyway to support populations.

Technology is the reason we’re able to feed so many people despite having so few agricultural labourers.

Automation will make food cheaper and more abundant, allowing us to support an ageing population.

At the same time, ever-declining poverty levels
and improvements in global access to welfare and female education will hasten the decline in birth rates. We’ve already reached peak child.

Some suggestions is that the population will find and equilibrium as access to health care and basic needs improve. Perhaps 12-14 billion

I’m fairly certain I’ll be dead by then Eden

I see the projections for 2050 are for a world population of around 9.8 to 11 billion. Still far too many folks for this planet me thinks.

Most demographic analysis indicates that the resources of the world would struggle to support a population of much beyond 10 billion, but you are right that we are expected to reach that number around 2050.

At that stage, various factors (falling birth rates as education improves, especially education of women; competition for food and resources, which will drive prices up; further development of currently developing economies moving them away from a dependence on an agrarian economy) are expected to conspire to naturally drive population levels back down.

We are expected to end up back at around 7 billion by 2100, I believe.

Hopefully could lead to a new era of entrepreneurship in the UK, especially if we can replace VAT with a UK specific sales tax, that wouldn’t be charged to foreign entities

Gives new business owners a much easier time living with parents or with friends and contributing to bills, but also allows them to chase their product/service with 100% of their effort, instead of working a job alongside it.

If we could make tax entirely digital as well, essentially uploading a receipt and adding the type of good / if it’s for business purposes suddenly we’d have one of the most attractive countries to do business in on planet earth with the bedrock of success being UBI, + we can stop chasing benefits scroungers (people who aren’t eligible but claim anyways)

If we could make tax entirely digital as well, essentially uploading a receipt and adding the type of good / if it’s for business purposes suddenly we’d have one of the most attractive countries to do business in

I think the general direction of travel on this is that HMRC are already thinking about this very seriously.

Back when Matt Hancock was Minister for Digital he was involved with working with a number of departments to attempt to help government as a whole become more digitally focused. This initiative led HMRC to digitise many of their workflows in an effort to speed them up, which is supposed to have already started a change in approach.

I think the self employment Covid relief grants used analysis of company data through open banking for some applicants, so expect more of that sort of thing going forward.

Having my tax automatically estimated by HMRC and replacing the role of accountants with HMRC-approved software and moving accountants to a role of forecasting, cashflow optimisation and helping with raising capital by producing those statistics required, is the end-goal that would bring a new era of Britain on a world stage.

I wouldn’t be surprised if we get to that sort of position eventually.

After all, it would benefit the individual (in terms of being able to understand their tax position better) but it would also benefit HMRC as I imagine it would cut back on scope for mistakes or tax evasion, while reducing their running costs - once the inevitable delays and IT budget-busting upfront bill had been paid!

Needs to get to that point ASAP.