Credit Kudos offers insights and scores based on loan applications drawn from transaction and loan outcome banking data, sourced by the UK’s open banking framework. The company’s API offers lenders a way to get faster, automated decision-making about loans with reduced risk and higher rates of acceptance, according to its website.

The startup began raising funds in April 2020, obtaining $6.5 million in investment, and the company is reportedly now valued at around $150 million. Three people said to be close to the acquisition deal with Apple told The Block that it had concluded earlier this week. Credit Kudos’s Website Terms of Use link now redirects to Apple’s Terms of Use.

It is not clear what Apple has planned for Credit Kudos, but it is plausible that the company’s technology could aid Apple with the launch of Apple Card in the UK. 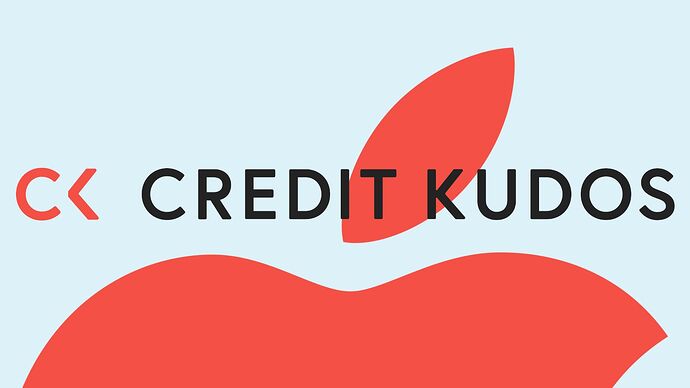 it is plausible that the company’s technology could aid Apple with the launch of Apple Card in the UK.

I don’t really see how Apple buying an open banking company achieves this.

Open banking provides a much better insight to someone’s financial situation than places like Experian will ever be. Could also be useful regarding perhaps a tighter integration of bank details into Apple Pay. Could also be useful for making payments towards your Apple Card within the app.

In the US Apple tried quite hard to allow the widest possible set of people to use the product, even with things like Apple Card Family being used as a way to get children and others who wouldn’t qualify for a “normal” credit card to be able to spend on it.

They also did their best to make the application process as open as possible, with most applicants being approved - just with a lower credit limit if they weren’t so creditworthy.

At a guess, I imagine their plans for Open Banking will be that anybody who doesn’t qualify immediately on applying via a “conventional” credit check might then be able to connect via Open Banking to have their spending and income analysed, with a view to allowing some who would traditionally be declined due to thin credit files or a complicated history to actually have the card if their current accounts were managed responsibly.

So my take is it’s probably to support the application process, at least initially.

This is my thinking too.

It’s very similar to what Yonder are doing.

With Yonder, you don’t need a credit score to apply. We just need some of your spending history for you to get started. Here's how it works.

It does, but it desperately needs regulation, as a whole new level of intrusion into people’s lives.

100%. I’d feel really uneasy about handing over that much data. There’s a reason why CRA’s have the scope of data they do.

Maybe a kind of “transaction marking” for new transactions could take place for sensitive data i.e. healthcare etc and this could require a “special grant”. Or a new level of access that bundles everything into an anonymised blob (so you see overall spending of 548.90 / month rather than 140 individual transactions

Every transaction is potentially sensitive data.

I’m not saying there aren’t solutions. And transaction-level analysis already happens eg for mortgage applications. It’s just that at the moment it’s a bit of a wild west. Before you even consider data leaks, cybercrime and so on

Just not true in reality, your coffee at Starbucks is definitely not

I disagree, it certainly could be sensitive if it was somewhere I wasn’t supposed to be for one reason or another.

This is rather my point with presuming levels of sensitivity.

Regardless, there are certain things you need to transfer to make use of open banking and if you won’t give transaction data, what will you give?

So “London, UK” would appear on a Curve transaction, for example.

The simple answer is that I don’t. I’m very suspicious of any service which relies on open banking because the scope of what they have access to is potentially huge.

I’m comfortable with the information held by CRAs being accessed, as that is limited in scope and ultimately I have the ability to curate that data, or at least see it myself and where errors occur correct them. What I actually use my credit products for should be between me and my lender.

So I deliberately use Emma rather than a solution from one of my banks. This is beneficial because I can then always switch banks, but it also means no one bank can see all of my transactions and accounts at other banks.

So long as that is genuinely a third party to any lender - yeah I agree. My concern would then be how do they become a viable business - and I think with most of those services the answer is by being acquired, most likely by a lender.

That’s fair enough, and I may even pay for it myself in the future.

No hard conclusions here but a semi-interesting read nonetheless. However it squishes the idea that Apple purchased this startup as part of its planning to launch Apple Card in the UK. Why is Apple acquiring Credit Kudos? The conventional wisdom centers around possibilities like the Apple Card and buy now, pay later. There are more strategic reasons underpinning this acquisition, however.