Bank of England on Digital Currencies 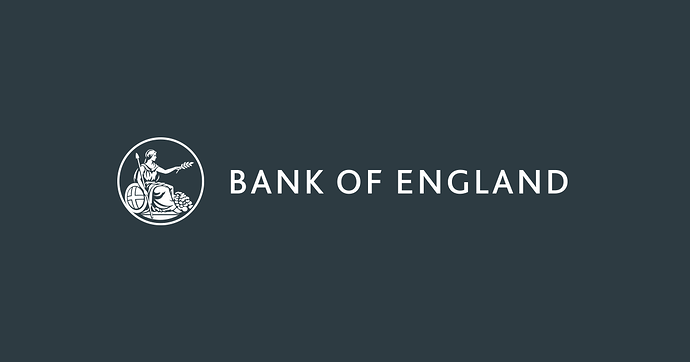 Reading it right now but no one to discuss it with until the link is out there, right?

Edit: this entire thing is dumb

Edit: this entire thing is dumb

I’d like to see some more use cases to tease out the benefits.

I saw a very useful and entertaining clip on the BBC newsfeed yesterday by Spencer Kelly [of BBC Click fame] which gave a basic insight into how the system is controlled. I’m all for progress and can’t wait to see how the ordinary person in the street accumulates, stores and spends digital currency. R-

Their use cases basically state:

The only cool / useful thing in the entire response to the provided information was programmable money, which means in theory we could essentially write “contracts” that trigger payments

But this said it could be split from the centralised infrastructure ??? Which means it’d be handed over to the private sector

Tl;dr I wanted a CBDC to replace cash. Entirely anonymous and not traceable, aside from the bare minimum (you’d need a ledger of transactions between centralised “wallets” so all balances were valid and verified)

Anything the private sector could build on top of that ideal i had, would have been great

Furthermore as it’s issued by the central bank the money would be guaranteed, to my knowledge. Like NS&I level, since if the Central Bank goes tits up we all have bigger problems to worry about anyways

Ok, now I understand your meaning. At least though the discussion has begun, and is ongoing, and CBDC may not come to pass in the currently described form. If at all. R-

The discussion unfortunately is going to be leading via the private sector input, meaning the actual end-game stakeholders (you and me) will be paying for the privilege of ideally what we’d suggest to be built in to begin with

No such thing as “free” money whatever system you use. The difference here being that the end user may have input into how they are charged. R-

Implementing negative interest rates. At present, negative interest rates could be set through imposing the relevant rate of interest (Bank Rate) on reserve holdings by financial institutions at the Bank of England. But as a new form of money provided by the central bank, some respondents noted that the interest rate on CBDC would present an additional means and technology to implement monetary policy. This could include the potential for setting negative rates and perhaps relaxing the effective lower bound.

Umm…what? They write as though setting negative rates is something to aspire to…

It’s an awful lot of waffle for something that isn’t really going to change very much about the monetary system we already have. Unless I’m missing something here?

Interestingly, there’s a new article on the FT about stablecoins. Become an FT subscriber to read | Financial Times
It suggests that scrutiny is coming and that they need to make sure they are not making promises they can’t keep. I recall seeing something about Tether having insufficient US dollars in reserve to back the currency.

They should just use the technology to democratise gilts

The UK economy could be transformed by a central bank digital currency | Josh...

The Bank of England’s consultation on public digital cash could represent the biggest shift in the monetary system for 200 years, says Josh Ryan-Collins of University College London

If it directs QE to individuals, who knows where it will go!

Eh, CDBC in here as the Guardian mentions puts any central bank rates pressure on households. Not sure this is a good monetary policy or selling point.

Furthermore as they mention this could definitely cause a run on the banks, which could cause wider economic problems.

If we are going to make a digital pound, we need to do the following:

It’s worth looking at where the digital Yuan is going. The FT today has the headline “The end of privacy…” Become an FT subscriber to read | Financial Times

I’ll reserve judgement until I see how it is going to be implemented. It could be fine, but I do have my doubts.

The FT today has the headline “The end of privacy…”

Ignore headlines. They’re meant to draw attention and influence the readers perception of the article.

Source; there was an experiment done where the same article were shown to different people with different taglines and the whole article theme changed from a simple headline swap