Contactless Limit to rise to £100 in October 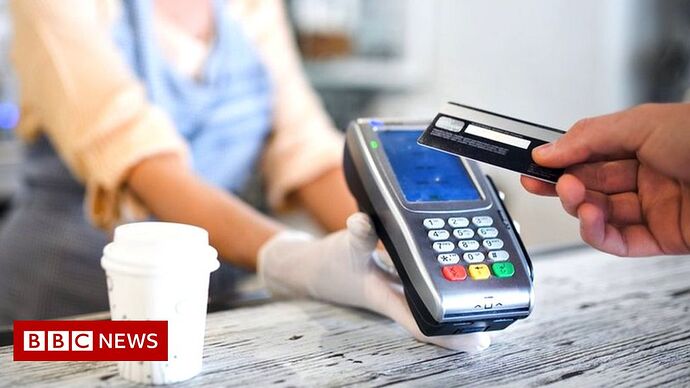 Contactless card limit to rise to £100 in October

The limit per transaction will increase from £45 to £100, but the move has led to fears of a rise in crime.

Rarely carry, or use, my contactless card anyway, preferring the mobile wallet.

Think the government should just remove the contactless limit, tbh

Get rid of contactless even and mandate support of mobile wallets

Get rid of contactless even and mandate support of mobile wallets

The amount of customers that get overly confused embarrassed or aggressive when I ask them to put the card in. It’s like they think they’re being accused of fraud etc

Get rid of contactless even

I use contactless all the time. I don’t want to have to have my phone with me, and would really object to having to add cards to a mobile wallet

It’s unlikely cards will be a thing in the future but we’re not there yet.

I like Revolut’s security controls here; the app shows the remaining contactless limit (per card) and even has a reset limit option which I assume (as I rarely use the card right now) removes the need for a chip and pin transaction.

I’d settle for a bank giving me the option of disabling contactless without also turning off Apple Pay.

In a way, virtual cards are a potential solution here. Revolut and Zen are current good examples of this. You can turn off the physical card completely, and just use the virtual ones both online and in Apple Pay. And you can enable the physical card whenever you might need it.

You might soon be able to do this with Monzo Plus too given the new code changes @Ordog found:

I have never tried to use google pay for anything beyond the contactless limit. How many places actually let you pay beyond £45 with google or apple pay?

I wouldn’t even use my card if everywhere just accepted google pay for any amount.

How many places actually let you pay beyond £45 with google or apple pay?

For Apple Pay, everywhere I’ve been to that accepts it besides a few larger retailers and supermarkets that like to artificially limit it for anti-consumer and anti-competitive reasons. Tesco being the biggest offender. Not sure if Asda still limit it.

Some staff in some places also don’t realise it’s not limited either, and will try telling you it won’t work. Be persistent and if the contactless symbol is still there on the screen, it’ll work.

I don’t know if this is the same with Google Pay though.

I just presumed it wouldn’t work anywhere so never tried

I’ll try it from now on because that would be great!

The only place where I’ve ever had issues is Asda, and even there only with Amex - all other cards work fine.

Even that now appears to be a thing of the past, as they have all updated their machines to support it.

So, in approximately 99.99% of shops that accept contactless will accept Apple/Google Pay for any amount.

Don’t be afraid of experimenting with these things! Worst case scenario is it doesn’t work and you have to put your card in.

It’s a great learning opportunity both for you, and the cashier. A lot of the stigma just comes from people not knowing, and I’ve gotten loads of comments cashiers telling me I’m the first customer that’s done that and they had no idea it was a thing.

The most awkward interaction I’ve had was maybe around 5 years ago in a pets at home when the limit was still £30. Everything was fine, paid with Apple Pay like it was normal until my friend decided to question how that was possible because contactless has a £30 limit. This made the cashier anxious that she’d done something wrong and called for a manager. Meanwhile I had to frantically Google proof that there’s no limit to Apple Pay and show the transaction went through for the correct amount on my phone.

We got lucky with the manager though, because they were more familiar with how Apple Pay works, so it was cleared up quite quickly.

I tried to top up a Monese card at a Coop once and was told you can’t use a Paypoint to pay off a credit card bill (?) & she wouldn’t budge as this had been stated in a meeting…

I spent over £50 via Google pay the other day - first time I’d paid that much in one in-person transaction without using a card. Both myself and the cashier were delighted when worked

Both myself and the cashier were delighted

I love that. Happens a lot even to this day. A mutual feeling of delight when it works and everyone involved feels proud of themselves. It’s like a small celebration, it’s awesome. My hair stylist gets all giddy when I pay because I’m the only client that pays with Apple Pay and it blows her mind every time.

I can actually do that next time I go and get my hair done! My credit card now supports Google pay. Good spot

Visa and Mastercard (and I think even American Express too) already do mandate that merchants support contactless with full CDCVM support for mobile wallets if they want to take their cards. It’s not “the law”, but part of the merchant agreement, so anyone not in compliance is technically in breach of contract.

A lot of places do seem to have set up their terminals wrong, though, and American Express in particular is often limited to the contactless limit even with a device as a result.

I have known about this October date for a while. Somebody on Reddit saw something from Virgin Money saying the date was 2nd of August (or around then) so in mid-August, not having heard about it, I googled the date to try to find out and found an industry circular warning merchants and payment processors to be ready for the October date, which had at that time been recently agreed.

I’m not sure why BBC News is only picking up on it now!

It does, and I remember a debate on the Monzo Community about whether this was within the rules or not under SCA.

Monzo’s interpretation was that it wasn’t, as the cardholder needed to be authenticated and prove that the card was physically in their possession (the Monzo reading) so must reset the counter via Chip and PIN, but obviously Revolut have decided that the detail about proving physical possession of the card wasn’t needed.