Ok, before I start, this thread isn’t meant to be in any way incendiary. It’s merely based on observations and from what I’ve seen in the media.

I know many are struggling at the moment with food banks unable to cope with demand, energy prices no one can afford, exorbitant funeral costs, unaffordable mortgages and rents, the list goes on.

I’ve recently returned from a Caribbean holiday, deferred for the last 2 years because of COVID. When we flew from Heathrow, the terminals were busy, plenty of folks taking holidays abroad. It made me wonder how people are managing to carry on and take these holidays. For my own part, ours was costed and planned 3 years ago and so there was no hit to our finances.

I’m guessing some folks may just be living on the edge though and just buying now and paying later? 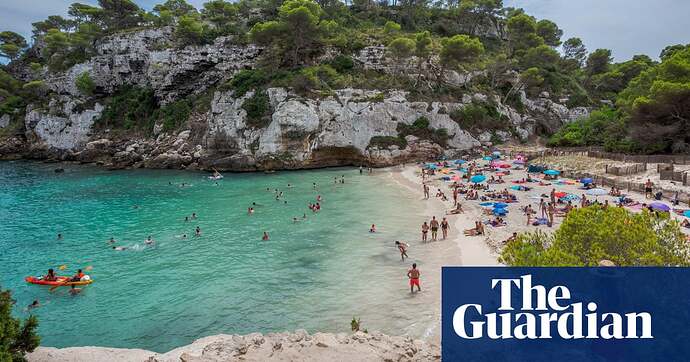 For my own part, I count myself as lucky, but I see people around me who are desperately struggling and yet they seem to find the finances from somewhere to be able to do things. It’s like there’s a cost of living crisis but there isn’t? I can only imagine the horror of it all when mortgage rates hit 10 percent and energy costs double from where they are now.

Holidays are one of the few luxuries in life that are still relatively cheap (depending on your airline and the country you travel to). The need folks have for escapism right now is probably the highest it’s been since covid, so it’s an easy justifiable cost.

You can probably book a few weeks away in Europe for the cost of a month’s of electricity usage in December. If your winter is going to be expensive anyway, where would you rather your money be going? On your electricity or a cheap getaway?

should probably add, most folks will book holidays more than a year in advance, so people travelling now will have costed their holidays, or be unable to back out of them without sacrificing their flight costs prior to the cost of living having any material impact on their finances.

The poorest folks won’t have been able to normally afford regular holidays to other countries before the cost of living ballooned anyway. So they won’t have been making up the numbers before, and certainly won’t be now. It’ll mostly still be middle class citizens, who so far, will only have experience the need to cut back on certain spending, and will certainly still be able to budget for and afford luxuries should they want or need them.

I’m sure you are aware that just because a lot of people have money to spare (also, your fellow travelers may well have paid for their holiday last year) doesn’t mean that an increasing number of people aren’t struggling.

Though as @N26throwaway says, they can be pretty cheap. I just had 4 days in Lithuania where the flights and accommodation cost me the grand total of £56. Obviously, that doesn’t include spending money, but you could go for a long city break and just live out of Lidl and fast food places without breaking the bank, if you were on a very tight budget.

Bargain! £14 a day is about on par with how much electricity I’m using this autumn with the current guarantee, but we have had a few cold spells so the heating has been on more than usual for this time of year. Perhaps I’m missing a trick by not turning it off completely and spending the winter in Lithuania!

I just had 4 days in Lithuania where the flights and accommodation cost me the grand total of £56.

Does that include getting to the airport to catch that flight, any airport parking, transfers to the accommodation, or merely the flight and a hostel?

Ryanair would probably charge that for you to take some clothes

Well done, regardless though

£56 was flights and accommodation. We each took a rucksack on Ryanair for free, so was £8 each way for flights with them.

Getting to and from Liverpool airport cost me about £15. The airport bus in Lithuania was €1 each way.

Perhaps I’m missing a trick by not turning it off completely and spending the winter in Lithuania!

I can heartily recommend this! There’s loads to do, and it’s relatively cheap once you’re there. But of course you can make it as cheap or as expensive as you want, depending on what you want to do and budget etc.

Well, this thread has taken an interesting turn

That’s very high - are you electricity only?

Did you go to Vilnius? Lithuania is on my hitlist.

I did, also visited Trakai but the castle was closed on a Monday

Can highly recommend it. Kaunas and Klaipeda also worth a visit according to some locals, but we didn’t have time for that.

There is also a bus service to Minsk, but I think that is probably morally dubious at present, and we didn’t have time in any case.

To link this back to cost of living, our accommodation did ask us to be mindful of leaving lights on, opening windows when the heating was on, and how much hot water we used, as their energy costs have increased substantially.

I think we are still in the 2006/7 part of the 2008 financial crisis. The wheels have started to come off, but we’ve not quite plowed into the oncoming train. We have people who bought homes recently at 10x the average salary who are probably on a fix for a couple of years. At some point their mortgage payments will double and their pay probably won’t. Also, there’s a lot more BNPL now.

Unlike in 2008, there’s the cost of energy, which is going to wipe out a lot of businesses in manufacturing, services and pretty much everything else. I feel a bust coming, it’s just not quite here yet for the middle-income people. Those who’ve already lost their jobs or are on 0-hours are definitely feeling it though.

Recession always hits those on low incomes first. In my line of work I’ve seen a crippling affordability crisis for those on benefits and poor quality employment for some time. People will sit up when it hits the middle income homeowners.

Good to see others views on the subject. As I said, it was never intended as an incendiary topic, more a serious observation on what is going on.

I’ve just returned from town where it was pretty busy, but it is half term and it’s a popular seaside resort, so we do have visitors at the moment. The popular pub grub bars were pretty full all round, we had to find a place that wasn’t too full! We had lunch ourselves at a cost of £27 for the two of us, but standing in the queue next to us, people with young families settling bills of £60 plus, so there clearly is money still floating around.

My personal fear is, as pointed out in a post further back, is that the wheels are going to come flying off in a truly financially horrible way for a lot of those people seemingly able to find the cash at the moment. Time will tell.

Heatpump though, so it could be worse.

I’m sure there is something about folk slowly appreciating the ‘new order’ over time. As has been said, a lot of folk are just gagging to get away and the ‘buy now, repent later’ approach, which may have just worked in the past is overcoming any caution they may feel. I consider our personal set up quite fortunate in that we live in very modest accommodation which is exceptionally cheap to run. I am retired and partner is in a well paid job. Even so, and bearing in mind our SW location, which is considered affluent [don’t know why as we most certainly are not] we are thinking more carefully about what we are doing. The penny has dropped for us and it will I hope for others before any lasting damage is done, R-

Not wishing to derail my own thread but after reading your previous post regarding your electricity costs, I’m literally sat open mouthed. At £14 a day or £420+ a month is eye watering. I didn’t realize heat pump tech in a domestic situation was so costly.

It’s not that heat pump itself is expensive, but they way our energy market is structured, electricity costs bear the brunt of price increases, so us all electric folks are often hit harder.

Then there’s the issue with how the wholesale markets work. Renewable energy doesn’t go up in price, yet we pay more for it because of global markets and wholesale gas setting the baseline. Or something like that. It’s beyond my knowledge and I’m just trying to parrot Dale Vince to the best of my recollection.

It shouldn’t be nearly expensive to run as it is currently though, but we’d need significant reforms.

Edit: had to hunt down the clip from the sky news interview, but it’s relevant for the context here.

In Portugal I found Lidl had pastries and pizzas that you could probably consist of for the week, with the vast majority under a euro.