At the moment I only ever buy coin, just top up what I own now and then. Making sure it’s affordable and not going in with all my cash.

I’ve not really looked at the selling part too closely as yet. Some of the coins I own at present can only be sold to USDT.

So I’m assuming in those cases, the produce would be, sell to USDT then convert those tokens to GBP, then send onwards to whatever bank as the deposit

It’s something I need to read up on at some point to be sure, I’ve just not looked properly as I wouldn’t be selling anytime soon.

I’ve got some in Coinbase but mainly over on Binance at the moment. Getting more used to using that as a platform, it was a bit in your face to start with. But getting used to it over time.

So I’m assuming in those cases, the produce would be, sell to USDT then convert those tokens to GBP, then send onwards to whatever bank as the deposit

Yep. Assuming you do want to cash out.
If you want to buy other crypto you could use your USDT to make the purchase.

Brill thanks I thought that might be the process. I plan to actually read up about the selling process, but as mentioned earlier I’m likely not going to be at that point for a while.

One suggestion I’ll make is keep records of all your transactions involving crypto (even crypto-crypto transactions or use of crypto to purchase goods/services). Because of crypto tax rules everything is relevant to tax calculations you might have to do in the future.

Many people have the impression that only transactions between crypto and fiat are tax-relevant, but this is a misconception.

I keep all the receipts, I end up attaching them to each transaction I make.

HMRC’s guidance on crypto is absolute garbage to be honest; should only be between fiat/crypto. But oh well.

My firm belief is if you strike big on crypto, wait for a new tax year and don’t go over the 12k capital gains tax for the year that you’re currently in. That way there’s no need to declare anything.

Unless you make it like, big big (millions) then you can just hire an accountancy firm and go sit down with them for a few weeks to make sure you’re compliant. + you’ve probably lost some on crypto to offset too haha 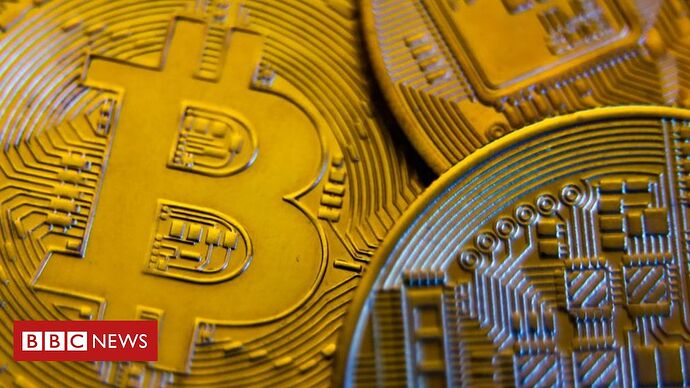 Bitcoin falls further as China cracks down on crypto-currencies

The price of Bitcoin fell below $34,000 for the first time in three months after China imposed fresh curbs.

Good time to buy, some of the exchanges are struggling with traffic to them at the moment.

I’m sure at £24k a pop, they’ll be plenty of folks here jumping at the chance to buy

Even owning a small percentage of a coin pays off as it will no doubt rise again.

Who knew I’d be saying this at my age! Remarkable…

Does anyone have a cheat sheet for these?

Buy The F***ing Dip is that one, kept it as clean as possible

There’s not too many of them really, once you’ve gotten used to them.

Diamond hands it, unless it’s a shitcoin then drop it after initial 100% rise

Markets are pretty much stabilised now and in some cases a number of coins have gone back to usual values.

All the sell off panic will more than likely have been those who’ve not got the nerve to weather a small storm. I suspect a fair few people will have sold at a loss.

I treat my investments as just something small scale, which I can’t afford to put it and leave for x amount of time. I don’t need access to the cash for anything, so it’s fine to just sit and see what happens.

Interesting to see China clamping down on it. Inner Mongolia is now asking people to look out for suspected miners: Chinese province sets up hotline to report suspected crypto miners | Financial Times (ft.com)

Don’t get why its a problem

The linked article talks about Greenidge Generation Holdings, which basically bought a power station to mine bitcoin. It was a coal plant converted to natural gas.