Another thing to infuriate those that still love to take cash out of ATM’s abroad, in this case, France: 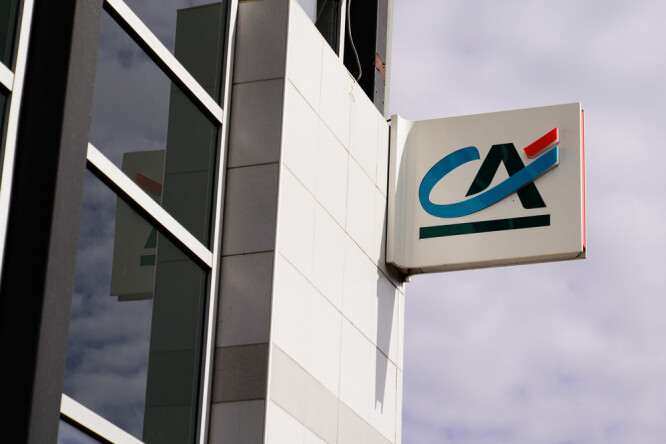 Not that I ever have any deliberate intention of visiting France again in my lifetime, but even if I did, Starling debit card all the way for me, or I’ll have got some Euros in my pocket before I left the U.K.

You can get by to a large extent with debit or credit cards in France and much of the EU since Covid, so that helps!

It is also usually possible to withdraw from a free ATM upon arrival in an airport terminal. I assume these ATMs are kept free by a combination of heavy foot traffic making them quite viable and fees collected from tricking people into using DCC (which is lucrative for the operator).

At the moment, this is just some branches of Credit Agricole, but will, in time grow. It could be avoided by getting a card with a non-UK BIN, but how many people will know how to do that?

Blue passports and “are sovrinty”, eh ?

Blue passports and “are sovrinty”, eh ?

Let’s just stick to the actual story instead of introducing a rant about the colour of one’s passport.

Agreed, let’s not have that debate again.

Also, French banks are some of the worst in the world for charges (to their own customers) so it’s hardly a surprise that they are looking to do this first. They would charge for air in their branches if they could!

As I suggested before, airport ATMs are always a good bet - plus they are usually operated by a company like Travelex, not local banks, so are more likely to be immune from charges.

Often they quite disingenuously advertise “free ATM”, presumably to encourage usage, but then go heavy with the DCC prompts - so if you are careful, and clever, you can enjoy a free withdrawal, effectively paid for by the gullible.

Since that’s the case in most of the rest of the world, I suspect it will continue in continental Europe.

Edit: In fact, some airports in the U.K. have those £/€/$ multi-currency ATMs, which would allow you to withdraw cash Euros for free before even getting to the EU. No fees to pay, again, because DCC subsidies the ATM.

The airport ATMs are beyond dodgy - the exchange rate for withdrawing from your sterling account. And someone I know who used them and swore blind they rejected ALL DCC offers, withdrawing from a Euro denominated account was charged for conversion to sterling and then from sterling to euros ! I wouldn’t trust Euronet machines as far as I could throw them (which is not far)

They would charge for air in their branches if they could!

Thankfully, I’m a qualified scuba diver, so I’ll wear my own tank in a French bank if required

But on a serious note, I haven’t used an ATM abroad since 2016 when I was last in South Africa. Then if was a pre-loaded travel card with ZAR which worked really very well. Since then however, it’s only ever been Starling debit card abroad, so I haven’t suffered any ATM costs.

There was no mention of the colour of passports in the story. As Seb pointed out, let’s not go there again.

I’ve used tons of ATMs across Europe since 2016.

Spain was the absolute worst, with almost all banks charging up to €5 per withdrawal with foreign cards. I was able to sidestep this with having a Santander account, which didn’t charge UK customers (although the rate was less than stellar) for withdrawals from Santander machines there. It did at least mean you could withdraw small amounts without getting whacked by a huge charge. I think this is true for all Santander ATMs across Europe.

Poland - when you could find a rare ATM that wasn’t Euronetted - didn’t seem to charge (although this was 3 years ago). Germany I haven’t yet been charged for a withdrawal by the German bank.

Of course charges can be sidestepped by using pre-loaded cards and suchlike, but there are countries - Germany being prominent - where card acceptance is still patchy, or comes with a hefty minimum (€15-€20 is not uncommon). I bought a can of coke (costing 2 zl - about 40p) in a supermarket in Poland with a card, and something similar in France - although there seems to be a minimum spend of €1 there. France seems to be pretty civilised as regards card acceptance, with some market stalls having the equivalent of Sum Up machines there.

I was watching German TV last night and a Ukrainian refugee couldn’t believe how backward Germany was financially.

They are difficult to navigate, but that’s how they get most people to accept DCC!

You just have to be on your toes.

From memory, there is an initial yes/no when they “helpfully” offer to do the conversion. If you say no, there are then follow-up questions. I think it’s something like “are you sure you want to reject guaranteed conversion” and you have to put “yes”. Then they display a misleading graphic with their “guaranteed” exchange rate vs a “typical bank rate” which is made to look higher (but is not based on anything). At this stage they try to make you think that you are rejecting DCC by selecting the wrong option.

You have to pick the “higher rate”, possibly agree again to the potential for “extra charges for withdrawal that’s not in the currency of your card”, and then you get the money - it’s a bit of a maze, but not impossible.

I was watching German TV last night and a Ukrainian refugee couldn’t believe how backward Germany was financially.

I have to admit though, the last time I was in Germany, was in 2008. I had a great time as it happens but everything was paid for in cash back then. I’ve no inclination to revisit. I’m firmly stuck in my Caribbean and US travel these days, though my visit to Sweden in December last year, was fantastic, totally cash free.

France seems to be pretty civilised as regards card acceptance, with some market stalls having the equivalent of Sum Up machines there

Yes, I’ve seen that too and it’s only small local bakeries where you are expected to use cash, in my experience.

Even then, many have card machines but sometimes with a card minimum which is fine if you want croissants and things too but wouldn’t cover a couple of baguettes!

At the moment, this is just some branches of Credit Agricole, but will, in time grow. It could be avoided by getting a card with a non-UK BIN, but how many people will know how to do that?

Who wants one of those? Rule, Britannia!

French banks can issue all the charges and fees they want to on a third country. We can do the same for French visitors; not that ATM fees really matter. Card is ubiquitous everywhere I’ve been in France.

In fact, some airports in the U.K. have those £/€/$ multi-currency ATMs, which would allow you to withdraw cash Euros for free before even getting to the EU.

AFAIK St Pancreas has this too, still; probably the main (cheap) route people use to go to France/Belgium as it’s about 29€ one way including luggage.

It’s a logical consequence of Brexit

similar in France - although there seems to be a minimum spend of €1 there.

Yeah, I don’t think anyone has the right to complain about 1€ minimums tbh, just get a snickers bar or something extra

This charge has nothing to do with Brexit.

Credit Agricole have been charging their 5 EUR fee for quite a while. It’s not new.

I believe page 5 of https://www.credit-agricole.fr/content/dam/assetsca/cr900/npc/documents/tarifs/tarifaire-part-2020.pdf is the relevant bit.

So how about the political stuff stops here ? (people having been reminded about various stances).

The rest of the thread is a very readable discourse on ATM fees (etc).

Edit: To avoid any suggestion that I’m in anyway partial, I’ll remove all the posts which went off-topic. I fear it may mean that anything apolitical and on-topic which was enmeshed in any of them will need reiterating (if needs be).

I thank everyone for their patience.

Ah, I see what you did there!

I thank you (I’m here all week

I shall remove it myself, may God save the queen.

EU will have to legislate to follow us, as we’ll be able to provide an environment they won’t be able to mimic. We can move faster, with our singular parliament and not having to bargain with 27 other countries.

Switzerland is in a very different position. They’re in-between 3 states. They have 4 national languages, one of which is their own domestic language. They have to take advantage of trade with French/German speaking countries and Italy.

We have the lingua franca of the world as our national language, which we spread far and wide. We have a beautiful technology startup scene that Swizterland will never match. We have the second best financial technology scene on earth, I’d probably go as far as saying it’s joint first with NYC.

Thanks for the chuckle.