Today HSBC sent out an e-mail about changes to their terms and conditions, which included removing the £1750 a month income requirement for the Advance account.

Now I know I’m going to sound like my schnozzle is crafted from a lump of Thorntons finest by saying this, but I remember when First Direct did the same thing in 2013, presumably to re-focus on volume, that (in my eyes at least) was exactly when their once sublime customer service began changing into what makes so many people on the bank’s TrustPilot page so unhappy today.

Perhaps they intend to follow NatWest in Barclays in eventually having two types of current account, one for people with an income of at least £75,000 a year, and one for everybody else.

Today HSBC sent out an e-mail about changes to their terms and conditions, which included removing the £1750 a month income requirement for the Advance account.

I think the Advance brand has had its time in the sun.

In Hong Kong, HSBC changed all their Advance accounts to become HSBC One back in late 2020. No doubt, their will be a successor product in due course here.

I don’t believe there is much difference, been an UK Advance account and a standard HSBC Bank Account anyway.

Perhaps they intend to follow NatWest in Barclays in eventually having two types of current account, one for people with an income of at least £75,000 a year, and one for everybody else.

I remember when First Direct did the same thing in 2013,

First Direct have never had a minimum income/pay in requirement.

That’s not what it says here 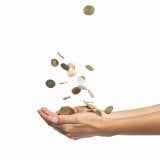 First Direct has widened the availability of its highly-rated current account to those earning from £13,500 a year

By eventually I meant it would presumably take time to phase out the Advance account. But if they follow the HK example, maybe it won’t.

Jade is doubling its income requirement at the same time.

That’s not what it says here

The relevant bit is this paragraph:

“Beware not paying in at least the minimum. If you fail, you’ll be charged £10 each month, unless you’ve savings, insurance, a mortgage or credit card with First Direct”

“Unless you’ve savings” -all you had to do was open a savings account with £1 and you were exempt from the monthly fee, for ever.

I had a current account with First Direct for nearly 30 years, I never paid in anything like this so-called minimum amount, but I never paid them a single penny in charges.

Will the requirements for an Advance account be just being able to get £1k in overdraft now?

The account fee is a different thing from the income required to open the account as shown on the application form. I’m talking about the second thing.

There never was a minimum income requirement to open a current account with First Direct, despite what MSE pretends to the contrary. It’s just a figure they made up themselves, calculated from the pay-in amount required to avoid the monthly fee.

However, as I’ve explained, avoiding the monthly fee was the easiest thing in the world and anybody who paid it must have been extraordinarily dumb. The fact that the fee even existed proves that they’d accept customers with less than this fictitious income requirement, otherwise there was no point to it.

avoiding the monthly fee was the easiest thing in the world

Exactly. A quid in a savings account since 2017 (prior to recent change) avoided the £1,000pm pay in requirement or the tenner a month fee.

Now it just holds a small amount of emergency cash.

No other use for it since the demise of a decent interest rate on their regular saver product.

To be fair First Direct were generally known to slightly picky in terms of customers.
They also don’t offer basic accounts that the main brand has to offer, so they simply decline.

M&S Bank’s current account seemed to also be roughly similar in terms of requirements, as it also had a reputation for being relatively picky.

I never saw the point behind the Advance account - just a regular and premier seemed good enough.

HSBC Advance used to offer various benefits which the other HSBC accounts didn’t offer including Insurance Aspects which cost £9.95/month and consisted of:

This was reduced to £4.95/month if over 70 as you would become ineligible for the travel insurance.

A bit like First Direct’s “First Directory” add-on which gave certain insurance benefits in return for a monthly fee.

Again, it seems as though HSBC Advance and First Direct’s 1st Account were considered, at least historically, to be quite equivalent.

Advance account holders are also dealt with by a UK call centre which I’ve had good although very limited experience with.

Not in the past few months - I got overseas call centre every time.

Yeah, they’re the only time I’ve been turned down for a current account.

I managed to get accepted for a First Direct current account within the past year, but tried a couple of times for an M&S one (to get the incentive) and never was accepted.

Oh well, they will be gone soon!