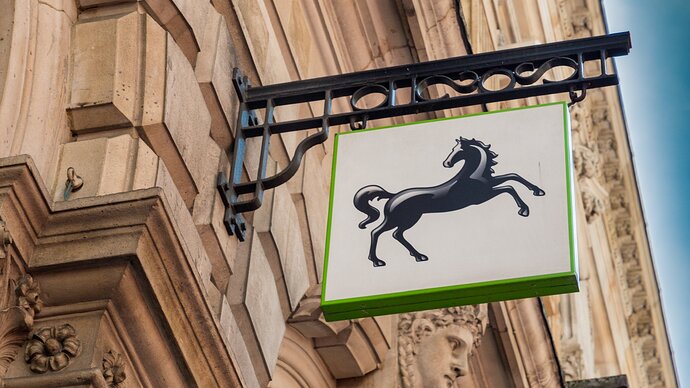 Lloyds to introduce up to £28/mth fee for customers with 'free' access to its...

The move impacts customers who took out these accounts before 2005 and who benefitted from offers to have the monthly fee waived provided they kept a certain amount of money in the accounts each month.

A lot of people are just going to pay this and not even notice.

I do wonder how many of these accounts were missold to the recipients in the first place. I slagged Santander off for massively pushing the 1|2|3 account to me, including sending me a letter telling me I urgently needed to speak to the bank about my account (phrased in the kind of way you think there’s been fraud) and could only do so on a premium rate line, and THEN the call centre droid telling me if I didn’t take the account, “it would reflect badly on my credit history”, but even then, she said she couldn’t upgrade my account without my explicit permission.

Just found this reference to who it affects.

The move impacts customers who took out these accounts before 2005 and who benefit from an offer that sees their monthly fee waived provided they keep a certain amount of money in the account each month.

Which makes it less impactful numbers-wise but adds weight to:

I suspect you will only be able to terminate it by phone, and you will be given a hard sell to retain it if you bother to do so.

Yes, on the one hand these people have probably enjoyed a very good deal for all these years.

On the other, the way they are doing this (while within the rules, as account holders have been notified of the variation in their terms) is underhand and deliberately awkward to opt-out of - and really, you shouldn’t have to opt-out as it would make more sense to downgrade accounts.

After all, you could always upgrade again quite easily if you did want to pay for the benefits.

This could be construed as mis-selling.

They will downgrade anyone who doesn’t benefit from the add-on automatically. Anyone showing use will still have the 60+ day notice.

Downgrades can be done online, over the phone or in the branch.

These accounts are massive loss leaders. Anyone who had them for the last few years have been doing very well.

That isn’t what the article is implying

Downgrades can be done online, over the phone or in the branch

I would imagine the core users will not have access to the first or the third, and will be subject to a hard sell for the second

These accounts are massive loss leaders

That’s as maybe, but not automatically downgrading everyone who doesn’t explicitly consent is sharp business practice

Yes, I expect that in reality they will stop charging and downgrade if none of the befits have been used for over a year at any one time as a matter of course (not just immediately following this change) as a way to avoid accusations of mid-selling.

You would most likely end up paying the fee for a year or more if you did nothing, and great difficulty in claiming it back.

The article also suggests people should complain to see how they get on, despite no bank error being evidenced. Sorry, it grinds my gears when the complaints process is used this way.

But to the point, the article is missing the auto downgrade information for those who the don’t use those extras.

The hard sell won’t be done. Lloyds have taken to recording customer interviews in branch to cover themselves from misselling. These are closed products to new customers. There is no significant business benefit to hard selling at this point.

I agree with you though on the explicit consent on moving some of those people onto a paid tariff who they identify do use the extras. I can’t imagine there is a simple black and white distinction between those who do use the extras and those who don’t. You will surely get some people in the middle.

But then is almost 90 days notice not sufficient?

A very measured assessment. For what it’s worth, I agree with your take on the culture of complaining just because you can. It’s a misuse of the system.

By all means, if you genuine feel an injustice has been - well, that’s what a complaints process is for.

But to complain because you feel better for prodding a company or institution despite there being no merit - and often no logic - to that claim? No….

I’m not so confident they won’t charge the fee in any case. And try to defend it saying that they wrote to you and warned you.

The article also suggests people should complain to see how they get on, despite no bank error being evidenced

I would say that roll-over tactics saying that you have to contact them to avoid being charged is misselling and dodgy financial tactics, and certainly worthy of a complaint.

They would write to you saying they’d noticed you hadn’t been using your account benefits, and would you like to keep them or not?

The default would be that your account would downgrade at x date, as mentioned in the letter.

If you waited for this to happen, though, you’d be paying the fee for probably slightly over 1 year.

(Although they may do if you raised a complaint about it.)