"Monzo Stole My Money" picked up by the media

) edited due to general concencus this guy knows his stuff 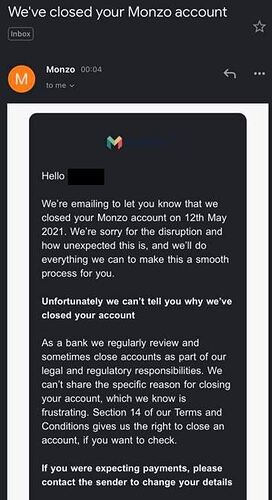 Building on yesterday’s blog where I mentioned Monzo’s issues of client onboarding, I mentioned that, for the past few months, I’ve noticed many tweets from Monzo customers about accounts being closed suddenly, with no explanation. Each time, I’ve...

Quite an interesting read, though he seems to say that the problem is checks that haven’t been done on existing pre-paid card customers moved over to have the full bank account - but I’d be surprised if that was the majority of accounts being closed like this?

It definitely seems to be the case that Monzo have a very twitchy fraud algorithm which then goes straight to account closure - possibly a cold commercial calculation that accounts that even have a whiff of ‘dodgyness’ will never be profitable so better to get rid rather than paying for a human to review further?

There have also been an uptick in reports of non-immediate account closures by Monzo recently, where they give the holder two months notice, so not fraud related. Another sign of Monzo simply looking to dump unprofitable customers?

I would love to know the proportion of Monzo customers who are not U.K. resident, by that I mean, actually live abroad full time but have managed to open an account whilst visiting the U.K either staying with extended family or here at Uni etc. If there’s a lot of activity on someones account in another country, then surely Monzo are going to pick up on this? Would this be a reason for inexplicably closing someones account?

There have also been an uptick in reports of non-immediate account closures by Monzo recently, where they give the holder two months notice,

My theory here is related to emails I received from Monzo, N26, and Atom Bank after signing up with them. In some cases these were sent a year after becoming a customer, or in n26’s case a few months.

I don’t recall if they were asking for my national insurance or tax residence status, or both. But the emails from all 3 were quite clear in that they should have collected those details upon sign up and they’re a requirement to continue providing services to me. I probed Atom bank, as they were the first to do anything like this, asking what would happen if I didn’t provide the required info. I was told they would not be able to provide financial services to me without it, and my account would inevitably be closed.

I do wonder if that’s playing a large role in what we’re seeing happen with Monzo. Perhaps some folk didn’t supply the info or never saw the email. But Chris Skinner’s speculation does add some credence to my theory. I expect though, it’s more likely a multitude of things that slipped through the net, and they’re now clamping down on it.

Chris Skinner has a newer post here, which addresses his concerns to the winder fintech industry: 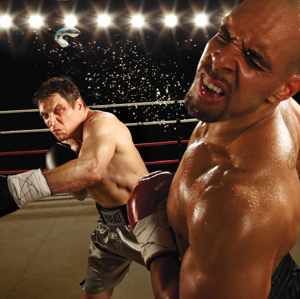 It really hits home and solidifies what he believes to be the root of the issues. It makes a lot of sense. And I think it’s explained better here than in the article focusing on Monzo.

The issue is that a lot of challengers don’t appear to have done effective KYC and AML in their customer onboarding. Now, they are doing this retrospectively and it’s pissing off customers big time, mainly because they are freezing or closing accounts during the process. No wonder customers are unhappy. If you’ve been happily running an account for a year or two and suddenly it is frozen or shut-down, with no notice or explanation, it’s annoying and, for some, life shattering as per the email I received.

I’m thinking the best part of FinTech is where they don’t do what banks do or, maybe more importantly, have bankers organise what banks do and focus on the bits that banks do badly or don’t do at all.

This is an interesting observation, because I think I share it. My actual fintech use is tiny. Starling for Euro and sole trader accounts, Revolut for my kid’s account. That’s essentially it.

For serious banking I use “legacy” banks and credit card providers, and many here seem to do the same. The reasons are: better customer support, better financial products (cashback, rewards, interest rates), more trust (particularly trust that should something go wrong, I can get hold of them).

So, I think I agree with him. And I think fintechs have a very long way to go to catch up with their legacy counterparts. Yes, they migh have shiny new apps, but otherwise