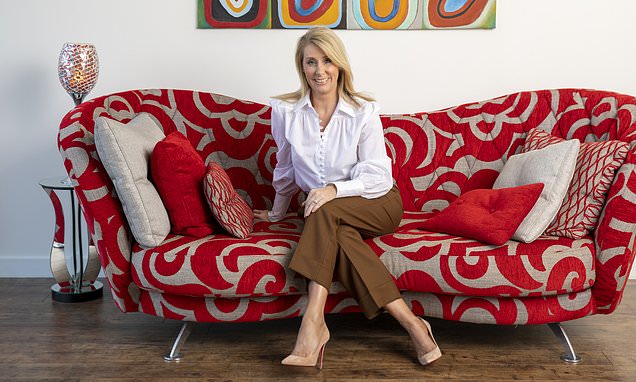 Initial discussions stalled, but the revelation of Nationwide's interest triggered a flurry of speculation the deal will be back on.

I think this indicates that someone will be buying TSB, as Sabadell do now have the inclination to sell - although this is being treated as an open secret rather than an advertised position.

I think this indicates that someone will be buying TSB, as Sabadell do now have the inclination to sell

Co-op Bank has already made an offer, even though it was rejected. Virgin have been rumoured to be interested, and now Nationwide, so TSB could end up being sold to the highest bidder.

There was also speculation about slightly less predictable suitors.

NewDay were rumoured to have made a bid, for example, and the Nationwide bid does seem quite serious.

NewDay would have to pay me to use their service lmao

I haven’t found them bad at all - I’ll happily use my Aqua card and get 0.5% back, it’s accepted anywhere as it’s Mastercard and I can even still get the cashback abroad.

At the moment Chase beats it, but it’s a solid option and I would certainly use it as my number 1 credit card abroad - number 2 is my Nationwide card, which offers no cashback but is Visa, so useful where Mastercard isn’t accepted.

Yes, that is them paying you to use their service isn’t it?

Tl;Dr though their customer service is beyond garbage

It’s main value is to be bolted onto one of the smaller players who wouldn’t attract any competition issues or perhaps an external bank (e.g. Chase) looking to enter the market with a full service provider whilst integrating into their platform.

Yes, absolutely, I agree with you.

The customer base is the most desirable element of TSB as it is now, so either an enlarged Nationwide or another provider like Virgin Money could be a good fit.

However, I do stand by the opinion that parts of it would not survive. If a branch-based player bought them, there would be a big rationalisation programme of their branches. If Nationwide bought them, parts would also probably be sold off to others as they may not want things like TSB loans.

Nothing will be kept like for like - Nationwide already offer personal loans (I know they’ve offered me them) so I would expect they simply combine the back books. However, it’s all speculation - depending on the buyer and their long term plans.

Yes, I wouldn’t be at all surprised if batches of certain customers (mortgages, possibly loans or even business banking) got sold off to other lenders. That is likely regardless of the buyer.

As someone who does have accounts with TSB, I’m curious where they will end up!

Yes, I wouldn’t be at all surprised if batches of certain customers (mortgages, possibly loans or even business banking) got sold off to other lenders.

I am still a Nationwide FlexPlus joint account holder and will probably be for many years to come. I will say though, that prior to joining the Nationwide, I held a mortgage with the Derbyshire Building Society. When Nationwide bought them out and subsumed them, our mortgage was transferred to the Nationwide totally seamlessly. My current situation is, although I would never in my life again hold a current account with That Spanish Bank, I do now have a TSB mortgage on my recently bought new build home courtesy of my mortgage broker. I would be more than happy for Nationwide to buy out TSB if it meant my mortgage going back to the Nationwide.