Pay by Fingerprint? No thanks!

Anyone who has used the sanitisers in supermarkets, and then tried to open their phone using fingerprint instead of facial ID, will likely understand my reluctance to this!!! 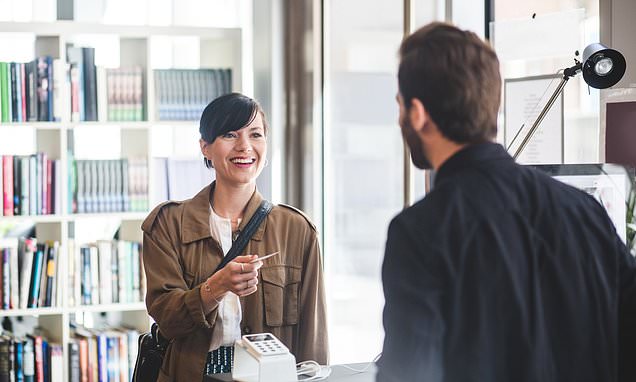 'Biometric' debit cards won't allow money to be taken without a fingerprint, which could stop card thieves in their tracks - but giving up personal data to a card company may be a worry for some.

Takes away from the convenience but might be necessary for people who won’t use a phone.

Yes, in the long term I think unauthenticated contactless (as it works through cards now) will be out and all contactless will be authorised - either by a device, or the card itself containing a fingerprint reader. The cost of producing fingerprint-compatible cards has been going down for a while and eventually it will become a standard feature, like contactless already is now.

Chip and PIN would remain as a backup, with contactless being the standard and usual way to pay.

Removing the magstripe is already paving the way for this.

The ultimate systems-down backup will then be to write the card details down on a merchant authorisation slip, but I expect that printing card numbers on the card itself will also be phased out in time.

Just call it a day with cards and move on to mobile payments - Asia’s all over it already and here we are sticking fingerprint sensors in pieces of plastic to carry around.

Indeed, Asia is kinda far with this. Was purchasing some stuff from a Chinese merchant and I clicked through from the app, taken to a mobile wallet linked to my chat and it took the money with a single button press