What do these private banks actually offer that is worth the fees they charge ?

I just came across this article (read it in a private window and it should be available for free) which explains that pretty well.

It comes down to:

Whoever you bank with, you’ll be paying them a lot of money. It might be through opportunity cost, or fees, interest charges or transaction charges. You are still paying. On that basis, why pay for poor, impersonal customer service? IT systems that fail. Branches with long queues. Telephone call centres that frustrate. Arduous processes to borrow money when dealing with a short-term credit crisis of your own. I value my time, as that’s what I am short of. I also value the ability to do things with my money when it is not in the form I want.

There is also confirmation in the article that you get a golden-bottle debit card.

I mean, what do you actually get for your posh bank card and cheque book?

And there’s the question.

If we were to ask that question of someone who’s impossibly rich they might well say they haven’t a clue what they get, and in fact, they don’t really think about it.

They haven’t seen their cards or cheque book in years.

They struggle to think of the name of the place, anyway.

Someone else sorts all that day-to-day business for them.

“I’ve been assured my money is safer than the Rock of Gibraltar”.

“Oh, I haven’t a clue what it costs per month”.

If they have to think about apps and whether Apple Pay works, they’re probably not rich enough

I think your cynicism is well justified.

Depends on the specialism of the private bank

C Hoare & Co provide pretty much everything, 24/7 line that’s well staffed due to their customer base protentially being anywhere in the world

Tax planning, estate and trust planning, basically anything you need as a service. They have employees across pretty much all specialisms and they can afford it because theyre good

At at least one partner is on the premises at all times, so you can be sure nobody is stealing your safety deposit box!

I thought this was where THEY are.

Now you tell me… 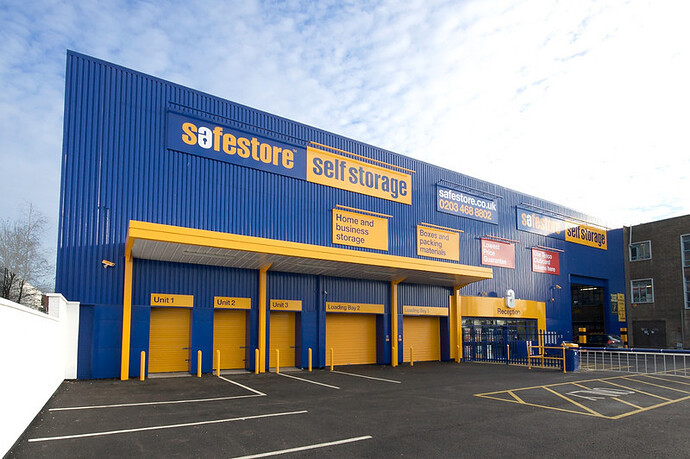 There we go, found a list. Couldn’t tell you about what Child & Co do because they don’t actually have a website and AFAIK you can’t really even browse unless you go into branch and speak to a member of staff

If the services are similar to Drummonds, I believe they do have a website

Also, the reason for avoiding high-street chains Private Banking sector is the fact that they have so much baggage. The exceptions are probably Child & Co + Drummonds + Coutts, as it seems they’re functionally autonomous.

I read a story about a guy parking 100k with Santander Private Banking & he couldn’t speak to someone he was familiar with, it was always someome different. He also believed they were consistently investing in companies that were significantly riskier than they had agreed to and that they weren’t very experienced at managing his account.

@Johnny put me on to Child & Co and I signed up like, I suspect, many do because it’s different-looking and sounding and it’s not high-street and probably no one you know has one.

Unless I’m missing something, Child & Co is simply a version of an RBS current account with no unusual or premium features. Certainly not in the mould of private banks.

impression was gained during sign-up. As we know, Childs & Co’s full feature list is not writ large upon application - it’s not that easy to even find them during the initial application (as others have similarly found

If you use the Child & Co sort code you get the fancy card and chequebook, but no the Private Banking service

Ah, I see. It’s interesting that they’re they’re considered to be the bank of choice within legal circles.

Well I certainly have the diluted version.

I’m pretty sure it’s due to their proximity to legal firms and the fact that private banking is really one of those services which is to save you time, because that’s what you’re short of

It seems from some forums though that all these private banks have really no fixed criteria, it’s all about relationship

For instance the CEO of Coutts said that he would sooner take an entrepreneur with 500k from his first company sale, with great prospects, before someone with a dwindling inherited wealth

Meanwhile C Hoare & Co I hear you need two people who already have em established relationship, but it seems they actively hunt customers at mixers too and allow the filthy rich people to give them a call, they really don’t care about how many people recommend you because they want to speak to you before offering an account. They need to know you’re a good fit.

That’s right - Adam & Company is another brand under the RBS umbrella, based in Scotland, which is run independently too.

As @Recchan says of Child & Co, the legal connection is due to their proximity, especially to prominent Inns of Court, so they seem to be well-used by barristers. That creates a network effect which is probably part of the reason they also have a large customer base in the larger legal field.

A Child & Co private banking account would be more akin to Coutts than RBS, the personal version we have is just for fun really.

Yep @Seb i see child’s and co as well as Coutts a lot whilst paying counsel fees. Even had one with a monzo account .

Now that’s a hell of a contrast

I also spotted a barrister with a Monzo account in the early days, in about 2017!

Yeah I think to sum it up, RBS aren’t stupid.

They can offer a lesser service with RBS Private Banking because you can sign up for less.

Coutts, Child & Co, Drummonds etc, they’ve been running rich families for over a century now and pass down accounts and the people don’t leave because of that special relationship

You don’t get away with standardised service. They will bend over backwards.

I think I remember reading about a Private Banker who’s client forgot his wallet and it was still in London, so they withdrew some cash and took it to him to avoid causing their client hassle (can’t remember what bank)

I also spotted a barrister with a Monzo account in the early days, in about 2017!

The monzo account I saw was recently but it’s interesting to see the accounts they use.

It wasn’t Robert Rinder you were paying by any chance, was it? I feel like the hot coral would suit him

79 posts were split to a new topic: Royal Bank of Scotland accounts

I’ve relocated the RBS conversations to an umbrella thread, leaving this one to concentrate on Private Banking.