Retailers declare war on Visa and Mastercard over transaction fees 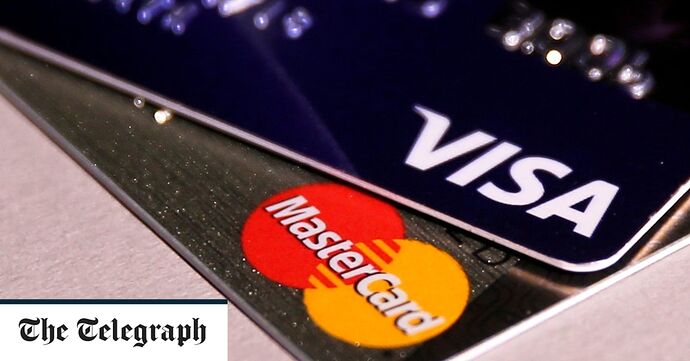 Retailers declare war on Visa and Mastercard over transaction fees

Retailers have ramped up a battle against Visa and Mastercard with more than a dozen major brands logging fresh legal claims over card payment fees.

The fashion chains, advised by lawyers at Stephenson Harwood, are seeking compensation for historic charging fees in breach of competition laws.

The claims were logged just days after Amazon said it would block customers from shopping with Visa credit cards on the website in Britain. The e-commerce giant said it would be forced to stop accepting credit cards from Jan 19, blaming Visa’s “high fees” after Brexit.

I wonder if this might motivate banks here (I’m thinking of NatWest with their new PayIt service), to go the European route (especially the Nordics) of QR code/Bluetooth payments. MobilePay in Denmark, Vipps in Norway, and Swish in Sweden are all very popular (not to mention the Chinese equivalents of WeChat Pay and AliPay), and bypass the main card networks. If retailers don’t want to pay these high fees, and banks can see themselves not having to share as much of the pie, I think it could happen.

MobilePay is a great product. It supports card terminals, online payments, as well as QR codes. These are all great, but the vast majority of them exclude anyone who doesn’t have a bank account in that country. This seems to be an increasing trend amongst what is supposed to be a Europe and worldwide payment system.

MobilePay’s Ts and Cs state " Users must be resident in Denmark, have an Android or iPhone smartphone with a Danish phone number, a Danish CPR-number (ID), a Danish bank account with a card, and be at least 13 years old"

VIPPS: “Each user must register a phone number, bank account, credit card and identity number, and all must be Norwegian”

You can’t use or set up a Swish account unless you have a Swedish bank account and Swedish ID card. Ts and C’s state " The user must have a second mobile application called Mobilt BankID Säkerhetsapp, which is an electronic identification issued by several banks in Sweden. This requires that the user has a bank account in a Swedish bank participating in the system, and also a national ID number. As Sweden is talking about getting rid of money completely, I guess what will happen is that foreigners and tourists will be limited to a few high end establishments who continue to accept Visa and MasterCard. We’ve already seen shops in the Netherlands like Ah accepting only locally issued Maestro cards.