Looks like a new subscription plan is coming early in 2023. No details yet of what it will offer, nor how much the new tier will cost. Those that show an interest will get 5% on their card spends for the first month if you upgrade. 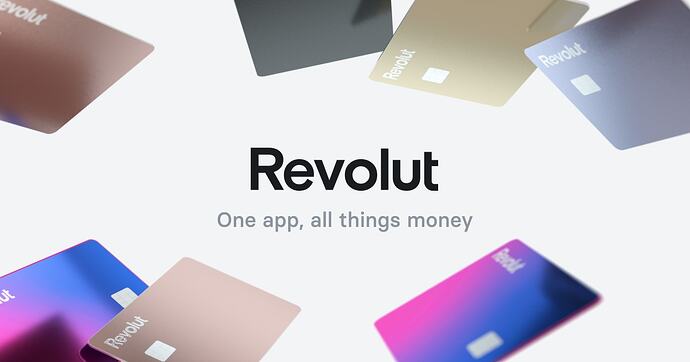 Enter a world of exclusivity with Ultra

Interesting. I wonder how they are doing with getting their Bank License in the UK

. Not heard much from them about this for a while have we.

I’m now on the waitlist

Last I heard, Nikolay Storonsky gave an interview where he said he thought they were “close” to being approved by the Bank of England. That was in November, but I can’t remember where I read it.

but I can’t remember where I read it

A key roadblock standing in the way of Revolut’s growth ahead is the fact it’s still not obtained a banking licence in its home market, the UK. The licence — and the trustworthy perception of the neobank it would give consumers — could accelerate its landgrab of UK primary accounts, holding people’s salaries. Storonsky certainly seems wearied by the question by now but says the neobank is as close as it’s ever been to finally obtaining the licence — and it could happen by the end of 2022.

“I would love to have it as a Christmas present,” he says. “A present for me personally and for the business.”

Same. Sounds like a pretty bland offer tbh, crowded market for travel products with lounge access and whatnot.

Bit of a quantum leap here. So much shoddy reporting out there lol.

Bit of a quantum leap here.

I, personally, wouldn’t trust an EMI with my salary, I think that could be a big driver for uptake personally

Doesn’t bother me as my salary isn’t my only source of income and I can have FSCS protection with a click within the app - but the article is worded in a way that implies it’s not possible to have a salary paid into a non FSCS current account. You’re right it might encourage more people to give their Rev details to their employer but the it could do with a re-word.

To put it in a technical sense: it makes it sound as though e-money institutions are not allowed to accept BACS Direct Credit payments, so salaries cannot be paid in. As though there is a regulatory restriction actually preventing it.

Obviously that isn’t true, and they can (and do) connect to all the payment schemes if they want - either as indirect or direct participants.

The link in the OP. If you’re like me and prefer to find first party sources, I haven’t found it either

Obviously that isn’t true, and they can (and do)…

Quite so, but for me “Revolut” & “my salary” just doesn’t sit well.

The link in the OP.

Ah - I thought that was just one of those “Enter your mobile number to download our app” things!

Despite the horror stories around Revolut, I’ve personally never experienced a customer service problem and there are at least some horror stories about basically every bank. Revolut’s messaging service, actually, has been very good the few times I’ve used it. Anecdotal experience can be highly variable, of course, but it’s certainly not a nightmare to use Revolut for most people.

All of that said, though, I probably wouldn’t pay anything very important directly into Revolut either.

I thought that was just one of those “Enter your mobile number to download our app” things!

Yes, it’s that page - I can confirm it’s not just an invitation to download the app!

You might think so, but some time back (early days, I know) I was shut out of my account whilst they made a protracted pigs-ear of re-establishing my identity. Scary…. and never forgot it.

Most of the people saying that their account has been frozen for “no reason” with a “hungry family” are most probably crypto arbitrage, P2P traders and/or scammers who assume lower levels of scrutiny

That said I don’t doubt some false positives may be occurring now & again. The consensus seems to be that they have improved on the jankyness.

They’ve held up one payment from my partners savings account once - fairly early in the accounts life - whilst the rest of my account ticked along. I was compensated for it.

Personally I think you’ve got no issue with PAYE income but I do avoid paying investment incomes or large (5 figure) bulk savings or the like in there - perhaps I’m wrong in avoiding that but I don’t know how they’d handle contract notes or savings which have long since moved from the original funding.

The only thing I’ve ever really found annoying with Revolut one of my cards (always Mastercard) being recognised as non UK on some occasions. One time they had to reimburse an ATM fee after quite some quibbling.

They also have no phone number, meaning if you ever do get locked out of your account your only recourse is praying they reply on Twitter

Yeah imo banks should be legally required to have 24/7/365 phone lines (especially as they close branches) and to have skippable menu systems.