Revolut valued at £23bn, placing it on par with NatWest

Revolut has been valued at $33bn, with UK chancellor Rishi Sunak hailing the company as a 'great British Fintech success'.

I should clarify, the article is not just referring to NatWest Bank, but rather the entire NatWest Group (NatWest, RBS, Ulster, Coutts, IoM Bank etc…). What struck me most about this headline is not Revolut’s impressive growth, but rather NatWest’s tremendous fall. Pretty shocking to think that back in 2008, just before the financial crisis, the then RBS Group was the largest bank in the world !

Good to hear they are about halfway through their banking license application.

Once they no longer have to safeguard funds, their funds verification could become a bit less yanky…at this stage my salary will be going over…

The level of development is pretty incredible compared to the competition, just need that last step to stability now.

As for Natwest, they actually have one of the better apps now but if you go into a branch you realise it’s still got a big, slightly intrusive credit sell ethos rather than a focus on product. I do have the RBS app as my high St option though.

If Revolut can get the consumer credit tone right once they’re a bank (aka cutting edge, easy products for those who need them), I think that’ll be the point where they really dominate the fintech space. I just hope they don’t go down a Klarna style route.

I hope that becoming a true bank will force them to actually invest in a half-decent support team. After trying out Monese, which has a similar style of support, I have vowed to only seriously deal with banks that have functional customer service departments.

As much as I hate unnecessary telephone conversations, I wouldn’t consider using Revolut seriously until they open an actual phone support line - I think it’s potentially very important during an emergency when their chat agents are just ignoring you.

I see it as a bold and correct move but they’ve got to back it up with either AI that gets it right, or a chat service that’s well informed.

Much better than Monese though, you’re lucky to get a reply in 2 weeks with them even for an initial response

I don’t want to toot a horn here but, start-up valuations are crazy

British equities in general are undervalued due to Brexit and some other factors, RBS, Lloyds, Barclays, HSBC. All should have a much larger valuation. No chance on earth would any serious buyer go to acquire Revolut for anything but technology, if they were going for customer base profitability etc it would be NatWest Group hands down.

Tesla has a bright future in its own standing due to its SolarCity holdings and car sales, Revolut is an acquisition target only unless it moves into developing countries without a strong banking system

I also think this current account stickiness will lessen over time

That’s right. I think they’re going to throw a lot at India - could work with Modi trying to rat out the mattress money/gold but time will tell

It’s also easier to have more than one current

You don’t want your user to have two current accounts, because then it’s going to be the main one they trust and the backup

Unless you sporadically pick between cards r.e. your purchases you can still be more profitable to one current account provider than another 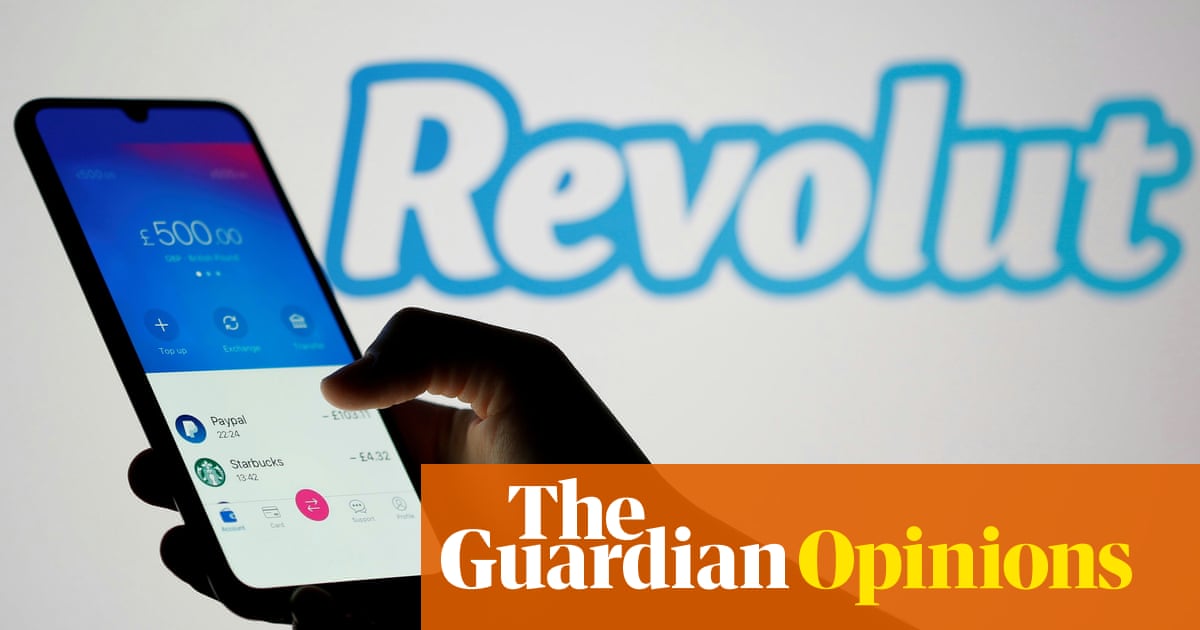 How can this six-year-old fintech firm be worth £24bn, supposedly 70% of Lloyds’ stock market value?

Revolut Shows Why Building a Superapp Is So Hard

Plus, Part II of why stablecoin regulation is coming.

What stops me using it as an all round app for everything financial?

I don’t use it for large transfers

As for travel bookings, I am keen to use it as I find the incumbents apps/websites to be pretty 2009