Not something that affects me personally as I only send one or two letters a decade these days, but for those that still rely on snail mail and buy thousands of stamps months in advance, here’s a reminder of what happens on January 31st 2023

here’s a reminder of what happens on January 31st 2023

Thanks - I also send only one or two letters a year but you’ve reminded me that I have a largely unused book of 12 1st class stamps that need swapping.

Thanks @Topsy2 - I’ve only a few of the old ones left and they’ll go on Christmas cards. R-

I found them to be such an unbelievable waste of money, and of course it’s now possible to buy a pack of cards from a pound shop whereby a single stamp will cost more than the price of one card. I guess though, it’s the thought that counts, especially the day after Boxing Day when I’ve scooped up the couple of cards sent to me by people I barely have anything to do with these days, and unceremoniously toss them in the recycling bin

You can tell I’m a cheery soul

Thanks for the reminder.

I also learned something. There’s a Britannia £10 stamp!

I probably need an appointment….

….and you’ll find my pop-up office in the Christmas Cracker aisle in Sainsbury’s, Longbridge.

(In preparing for that appointment, I’ve been looking in vain for something in your post with which I disagree…… So humbug it is, then

I feel a Christmas thread coming on.

I feel a Christmas thread coming on

There’s been some fairly hysterical stuff on a variety of forums about how “all post will now be tracked” and a variety of tinfoil hat stuff that means you can “no longer write anonymously”.

I think it’s probably the Royal Mail trying to deal with the amount of lost post and false claims for compensation in reality, but if people are going to believe what they want…"

There’s been some fairly hysterical stuff on a variety of forums about how “all post will now be tracked” and a variety of tinfoil hat stuff that means you can “no longer write anonymously”. 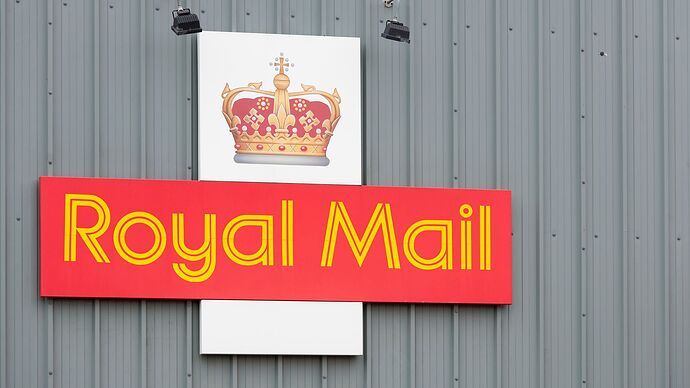 Royal Mail has experienced a data breach where customers have seen the information of others users. Currys has stopped using Royal Mail due to strikes

The electronics retailer has switched to alternative delivery firms for the time being.

You think strike action causing finacial harm would be a shock to them do you?

You don’t walk out on your employer for 4 days out of the busiest 10 unless relations are so poor that you see the only way to make meaningful gains in negotiations is by inflicting serious damage upon them. That is the very nature of escalated strike action.

That is the very nature of escalated strike action.

Have they perhaps considered that this permanent damage could lead to their P45s? Yes Royal Mail can’t retaliate but what they can do is cite long-term business damage as the reason they’ve got to cut jobs.

Have they perhaps considered that this permanent damage could lead to their P45s?

Yes, of course they have. They won’t be concerned.

Do you understand how much a mass redundancy would cost RM?

They won’t be concerned.

Well, not yet, anyway.

Unions aren’t fools. They know what their employer can afford. If strike action genuinely jeapordised a company’s ability to survive (not just return a profit) they wouldn’t do it.

All power to those refusing to have real terms pay cuts dictated to them.

Do you understand how much a mass redundancy would cost RM?

Less than continued strikes. Debt is cheaper in the long term than losing business permanently. I also find it weird that some essential services are unable to withdraw labour while others are. We should bar them from striking as we have the police (and hopefully soon the rail workers). The postal service is essential. Especially considering it delivers medication etc

Unions aren’t fools. They know what their employer can afford.

Disagree. Proven by RMT thinking their demands are reasonable and the nurses thinking 19.2% is a possible increase.

Unions are blue sky thinking for the employees only: they’ve not a clue about business circumstances.

Not true. Wouldn’t even be true if they didn’t have a huge proportion of staff on generous legacy contracts, which they do. This is one of the functions of unions btw, to create contractual conditions which enhance their future negotiating position.

Disagree. Proven by RMT thinking their demands are reasonable

Which of RMT’s demands? The one where they want a meaningful negotiation with organisation who actually dictates the terms of their conditions (i.e. the DfT, not the TOCs)?

nurses thinking 19.2% is a possible increase

Ever been part of a negotiation? Protip - you don’t get what you want by offering your ‘red line’ as your starting point. The fact they are having to strike for a rise which isn’t below inflation after a decade of real term cuts tells you all you need to know about the level of goodwill on either side of that table.

Unions are blue sky thinking for the employees only: they’ve not a clue about business circumstances.

Easily disprovable nonsense. Their members’ best interests are not served by forcing conditions which render a business bankrupt.

To repeat - these are people which are seeking rises in line with the rising cost of living and in some cases assurances around their future. I don’t know how anyone could argue that is unreasonable.