I keep seeing this on my FB feed, I guess it’s just someone’s idea of what a fintech sounds like, but I think fake:

All-in-one finance - Get everything you need to streamline your money and much more in one app. We're changing a game just like you.

Can’t recall seeing quite so many typos and contradictions all in one place.

At best, this is aspirational - more likely it’s a punt that’s cost Mr Ali nothing so far.

I wouldn’t, with a barge-pole……

Not heard of these before, but a few things I noted -

That would make sense - except our chap is 29.

There is also a misuse of the Apple logo. Probably to imply Apple Pay.

I’m guessing whoever strung this together doesn’t speak English as a first language. Verges on gibberish in places.

The dreadful UX is a giveaway to me too. It’s your flash days sort of flashy, a cheap yet effective way to lure suckers in back then. Either a scam or a college project from a SE student who knows nothing about human interface design.

They have a registered company, including company number and address which they include in their footer, so that’s a good sign. The wording is unfortunate in places, and they’re not compliant with GDPR (though im not a lawyer, mine wouldn’t let me get away with handling cookies the way they do). It seems like a non-european foreign entity setting up a fintech shop here without due diligence to me. Doesn’t give me much confidence.

Either a scam or a college project

not compliant with GDPR

Doesn’t give me much confidence.

I’m sure you’re fine. Scam is probably out there and not the most likely with how far they’ve gotten with setting things up.

Looking through the site more, the more likely is just inexperience and lack of due diligence. I wouldn’t trust it myself either way. Too many alarm bells for me.

I’ve just taken a look at the FB page…….

Will give it a miss

I think it maybe just a very ambitious young lad.

Really reinforces the vibe I get from them.

If it sounds too good to be true…

I only trusted this from Chase, because it’s Chase. I don’t see how a tiny fintech can finance that sort of offer, even short term, unless it’s a loss leader for something that will somehow make up for it and then some.

The whole thing seems incoherent - others above have described it better. If this gets anywhere near off the ground - well, I’m a monkey’s uncle. 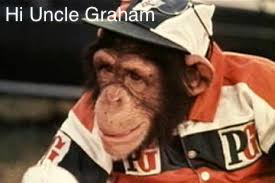 To be fair, I deserved that.

I’m going to file this one with Blackcatcard, I think.

Just looked at the Trustpilot for the latter - a massive unexpected upswing in 5 star reviews from all over, mixed in with “you pinched €100 from my account”

A financial institution with contact details of a gmail address and a mobile phone number - just inspires confidence, doesn’t it ?