I assumed it was because they were going to merge the lot, so they didn’t bother with meaningful names, as they wouldn’t be around for long, but it looks like I was wrong. Maybe it’s just taking them a while

A real triumph in marketing

I doubt Clubcard Plus would be part of any merger since that is a scheme run by Tesco Stores rather than Tesco Bank.

More likely they just bin Clubcard Plus off altogether to be honest, it hasn’t had much promotion in a couple of years now.

Thanks for this explanation

I must be the only person here that doesn’t have an issue with any of it. We use Tesco Pay+ all the time, it’s hardly a fuss, just show the barcode, it gets scanned, the Clubcard offers auto discount and the points go on. Maybe I’m just not as fussy as the rest of you.

We use Tesco Pay+ all the time, it’s hardly a fuss

I also use Pay+ regularly and find it easy and useful, but I think Tesco should have kept its original name, Payqwiq. If they’d done that, there wouldn’t be all this confusion with the different Pays and Pluses that Tesco have floating around.

Personally, I’ve never even heard of Payqwiq. We discovered Pay+ quite late in the day I think. Both my Wife and I set up a debit card on Pay+ and it’s really convenient for us because we don’t have to even think about a separate Clubcard. I occasionally look at the ClubCard app because as you are aware, it’s a separate app from the Pay+ app, but that is only to see what vouchers we’ve accrued.

Tesco should have kept its original name, Payqwiq

They probably should have kept the original name of Clubcard Pay+ too, as it was initially just Clubcard Pay, which would have been much less confusing.

Somebody at Tesco must be obsessed with having Plus in everything, because Plus is always better!

Just received a ‘we noticed you’ve not been using your card’ offer of 250 Clubcard points on my next 4 ‘eligible’ transactions. I’ll take that… 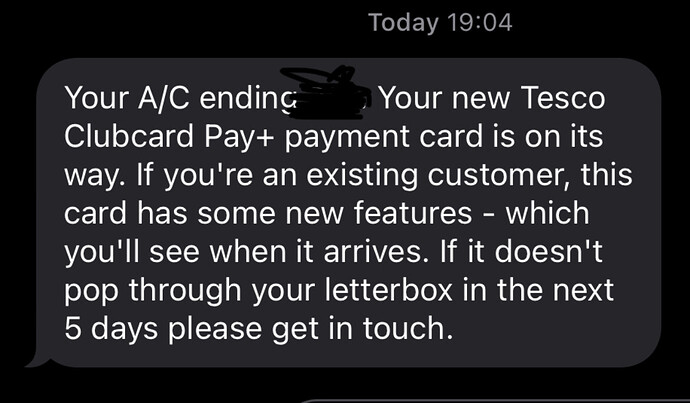 I haven’t and I’ve got a very early card from when they first launched (including the old Clubcard Pay branding).

Edit: Now I look dopey; I did receive something from them! Only in my case, it was an email (no idea why, they definitely have my mobile number) saying a new card was coming.

Yes I got the same text??

To add some additional context, the email I got says:

If you’re an existing customer, we’re sending you a new card. With it, you’ll be able to make contactless payments of up to £100, and you can spend up to £300 before we’ll ask for your PIN. Just so you know, your current card will work for the next 30 days.

That seems like a clue that their old cards probably didn’t support SCA and the latest limits properly, and perhaps couldn’t be updated via scripting for a technical reason, so they’ve sent out new ones.

Tesco Bank are the undisputed kings of binning off cards and resending.

Indeed, they did the same for current accounts just before they closed them!

My new card arrived yesterday (which was quick) and came with a little note similar to the email about the card now supporting the SCA cumulative limit of £300 - not phrased like that, but that’s what it meant.

When I got my first card it came in textured paper similar to Starling’s delivery envelope, but this time it was just a normal card envelope. 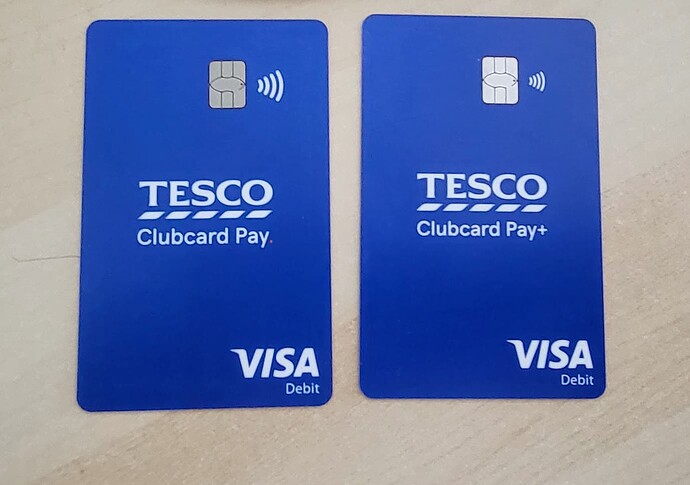 Seriously though I do like the design of this card. So much better than their credit cards which look busy and not very classy.

I didn’t think the (similar) last design of their proper debit cards was too bad either, but I only had my new design debit card for a short period before they announced they were closing all accounts.