Has anyone used revolut as a full bank account for bills etc?

I did, for about 3 months, and it worked flawlessly.

I reverted back to my 4-year-old Starling account in January (I prefer the Starling app but remain unhappy with their customer services tone of voice). So since defected to Virgin Money having opened 3 of their M Plus Current accounts offering 2.02% (variable) interest on the first £1k in each, with 0.35% on a linked saver account. My salary goes in to he saver account, with automatic sweeps set up to return the current account back to £1k as necessary. So I earn 2.02% on £3k, plus 0.35% on anything more. Nothing stopping me opening more M Plus current accounts, except it gets a bit unweildy in the VM app.

I think it’s great (and is forging way ahead of the competition feature wise) but using it for bills hasn’t been without its issues specifically r.e Direct Debits.

I had to cancel a DD with Amex to avoid being charged for something refunded. Ever since I’ve had the DD setup rejected 5 times - Amex & Revolut blame each other…Rev say Amex have been setting it back up under a cancelled reference on their end. Has had to go to RBS for now.

Here’s another one - Three credited me £22.00 for a comp, annual RPI increase left 31p for a months bill. Revolut do not process DDs under £1, had to move it to RBS who will have no issue facilitating.

I’ve had two payments go through a verification check, one due to payment reference took too long - the other one took 3 minutes…I never lost full access to my account.

If you’re into fintech, for the day to day it’s by far the most engaging. For the big things, maybe expect a few rocky moments. I’d still recommend anyone to hold an account with them, though. One day my salary will go in there, for now RBS pay me to do so.

Hope this adds a bit of balance from experience

Did you CASS away from Starling? I rate Virgin Money really highly but a lingering FOMO means I haven’t actually closed my Starling account yet despite their Customer Service not being much better than Monzo IMO

. I still have Starling for my business account anyway. The Starling app is a nice experience in my opinion (much better than Virgin Money’s). And I understand Starling won’t have you back for 12 months if you leave them and have second thoughts; that’s long time in Fintech. So I manually moved my 6 direct debits, with 5 of the 6 done online: took a matter of minutes.

Friend of mine put €100K in his Revolut account ready to complete on a house on the continent.

Revolut blocked his account on a spurious fraud flag and it took weeks for him to get at his money. Took a massive toll on his sanity and nearly jeopardised his move.

I use Revolut for small international currency transfers. Would never put any significant sum of money into it after hearing what my mate went through.

I use Revolut for small international currency transfers

That’s been the limit of my commitment to Revolut - and that was as much to do with the uniqueness of the multi currency wallet as anything else. Limited novelty value as it turns out.

And from here on in, my much-reduced foreign travel activities will pretty much negate Revolut’s usefulness.

Friend of mine put €100K in his Revolut account ready to complete on a house on the continent.

Wow, I think your friend deserves a medal for that kind of bravery!

But yes, what you describe happening to him (and endless stories of it also happening to those only depositing a few thousand) have well and truly put me off even considering using them for anything other than a spare account to play around with. The lack of any phone support at all also worries me. Should something like you describe happen I wouldn’t be able to speak to a person other than through a chat facility, and that makes it a no go personally.

That was very brave indeed. While I used Revolut as my full service “bank” for 3 months very successfully, your balance fluctuates and I’m sure that plays a part in the trust/fraud algorithms.

But had I randomly and suddenly increases my balance by £90k, I am sure a red flag would have gone up as it’s out of character for the running of my particular account. Conversely, if your balance was around £90k and you suddenly deposit an extra £10k, I would expect less concern to be made.

I use an Amex charge card with no pre-set spending limit. But if my average spend is £1500 most months and then I attempt to charge £15k, I would hope Amex would question it.

There are cleverer people out there than I that design these fraud and pattern algorithms to identify out-of-character transactions. The biggest concern with Revolut might be that you can’t ring anyone up. That said, their in-app chat support has been excellent in my experience.

I use have an Amex charge card with no pre-set spending limit. If my average spend is £1500 most months and then attempt to charge £15k, I would hope Amex would question it.

I suppose the difference is that upon confirming it was you who had made the transaction and, if required, you’d proved source of funds, then you’d probably be back into your Amex account and have access to your services far quicker than with Revolut. And when it’s access to the money people need to eat, keep a roof over their head etc, then every hour counts.

I use Revolut every day but I wouldn’t transfer anything over a salary into the account. At present I don’t even do that. Brilliant for day to day use but don’t see any reason to use it for things like deposits etc

There’s nothing stopping you using Revolut as a full-service ‘bank’ account (which was the premise of the OP’s query).

My point is that it works fine as long as you build up trust with Revolut. Having an account open for a year with a zero balance then suddenly funding account explicitly for holiday spending with £5k might set off alarm bells (especially if funded by debit or credit card). Using it regularly is less likely to do that.

Using Revolut to transfer a deposit for a home purchase abroad could save a lot of money as they offer much better FX rates than many banks. So I understand the reason.

But if it’s an out-of-character transaction (which house purchases always are), there’s a big risk to the funding being questioned. And as @Lonford alluded to, it’s the speed of fixing the issue with Revolut that’s of concern.

The reason I don’t get my salary or pay all of my direct debits from my Revolut account has been covered at length in my initial response to this thread.

RBS pay me to be paid in there (I could move it over via FP, but it’s for ease) & I have had some issues with Revolut regarding Direct Debits. They couldn’t process one under £1 caused by a complaint credit from Three & I’ve been unable to set up a previously cancelled mandate with them for a credit card.

That being said I’ve had no issues moving 3 figure sums in and out, and use it every day & for minor bills. When they’ve checked my funds for verification, one time it took 3 minutes another 3 days. The former was the larger sum, thankfully.

One day I’ll get paid into & pay everything from Revolut I’m sure - just not yet based on experience.

I tried Revolut but didn’t like it at all. I found it a rather crowded and messy interface after using Starling for a couple of years. It was also far too restrictive for me without upgrading to a paid account, which I’m not really prepared to do for any current account.

After a couple of weeks of almost daily nagging by the app to upgrade to paid, I closed my account and uninstalled the app.

I think the issue isn’t so much that the system flags up potential fraud, but it’s the WEEKS (sometimes months) taken to resolve it. Read any of the Google Play reviews for any fintech apps (not just Revolut), and this happens way, way too often - and certainly more than the traditional banks.

Revolut haven’t nagged me to upgrade, but the issues outlined above would mean I would be extremely unlikely to go “full Revolut”, “full Monzo”, or “full Starling”.

And voila, another news story along these lines 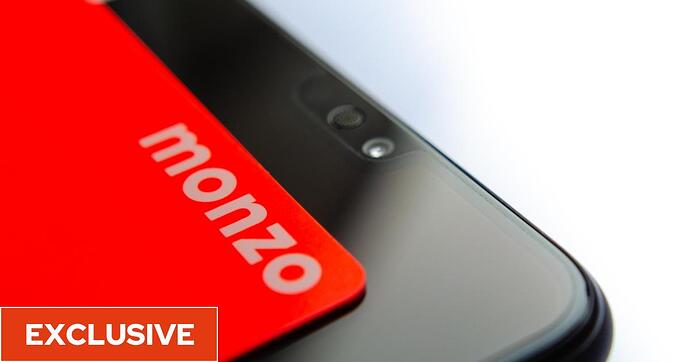 According to data from the Financial Ombudsman, 1,392 complaints were made against the digital bank in 2020

The embedded inews article would sit better in the open thread that @Johnny has referred to.

Just as I was about to mute another off track thread

How do you open that many?? I thought they’d be limiting it to one

but now I am very intrigued

If you’re on about the Virgin Money, you just keep going until they, or your credit report, says stop.

I actually opened my fourth one today. Spacing them out a bit. As far as I know there is no limit. However the interest rate is variable, so while it’s 2.02% currently there’s no guarantee it’ll stay like that. Good for the moment though.