Basically a breakdown of the offerings from Starling, Chase and Monzo in one article: 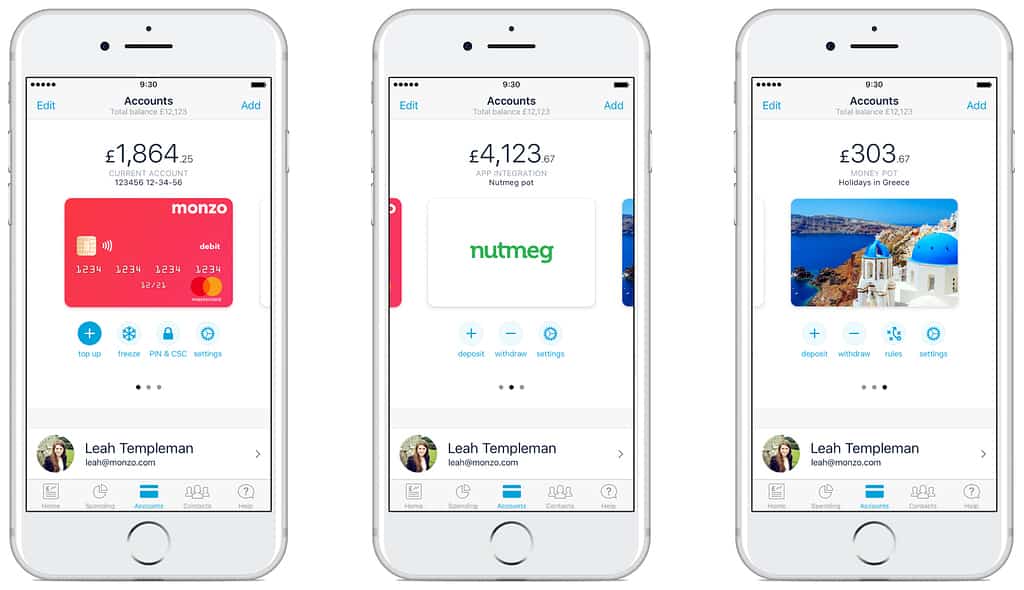 As more people switch to digital banks, we ask which one is right for you? Monzo, Starling, or Chase, and provide an estensive look into each one.

Interesting read spoiled by typos, grammatical errors and some factual errors, too.

You mean like “Starling has been offering 0.05% interest since its inception”? Yeah, I recall it being 0.25% or something similar at one point.

To be honest, it makes little difference, the interest rate Starling offer is so poor it’s literally a complete joke in my opinion, so whilst the article might be factually incorrect, it’s hardly a major point, but I do get your point

Honestly I’d rather they didn’t offer it, lmao. It’s annoying to get singular pence in interest per month

Honestly I’d rather they didn’t offer it, lmao. It’s annoying to get singular pence in interest per month

To be honest, I’ve mentioned that more than once on this forum, Starling’s in credit interest is practically pointless.

Yeah, but 14 pence a month on a balance of £3k is as above, pretty insulting imo. In the few months I’ve been with Chase, I’ve earned over £30 in cashback.

Have you tried asking if you can opt-out of it? It’s against Islamic Law (depending on which scholar you ask) to receive credit interest as it violates the islamic principle that “you should work for money”. They might have an accommodation they can put onto your account?

Just tell them they need it more

Have you tried asking if you can opt-out of it?

I’m still a bit puzzled as to why Starling bother to offer in credit interest at such appalling low rates, I mean, it wasn’t even up there on my list of opening an account with them. I opened an account with Starling for the attraction of a digital only bank and for the overseas debit card benefit.

I have this feeling deep down that Chase are just eventually going to wipe the floor with both Starling and Monzo. I could of course be wrong, but with a bank as huge as JP Morgan, they have the billions to do what they want with Chase. I honestly think that if Chase introduce joint accounts soon, then me and the Wife will launch all in with that, especially with the in house savings account.

it just goes into the change space, ready to be moved over to the business space when it reaches goal.

I have this feeling deep down that Chase are just eventually going to wipe the floor with both Starling and Monzo.

honestly think that if Chase introduce joint accounts soon, then me and the wife will launch all in with that, especially with the in house savings account.

I agree, and I (will 100pc be wrong!) predict that by Chrismas 2022, one of Chase, Monzo and Starling will be a “oh those guys, remember what happened to them!” memory.

My moneys on the one with an M in it

I’m not sure I agree with what you’re saying. We clearly have differing opinions, just because the U.K. left the EU doesn’t mean we’re pretty insignificant. If we were that insignificant, Chase wouldn’t have even bothered their super rich arses to even set up an operation here because what would be the point? They could set up an operation in far more insignificant places on the world stage, they’ve had plenty of time to weigh up the pro’s and con’s of whether it was worth doing and that’s with Covid on the scene.

None of us here know exactly what budget Chase has for the U.K, but clearly, even if it is only a tempter to get loads of customers on their books, the 1.5 percent savings rate is clearly working for them

Britain is the banking capital of planet earth, despite having 70m peopleish vs America’s 350+m, we still routinely take top spot from NY and have even managed to retain the lion’s share of the European business everyone expected us to lose in droves.

We’re not insignificant and never will be, we just need more leaders focused on imperialist policies instead of letting ourselves drag our country down with self-doubt.

As for their “limited budget” here and all that rubbish, note that Chase only actually said they’d come here after we were leaving the EU and only launched after it ceased to have jurisdiction over us. Their budget is hefty and wholly decided on our departure from the EUSSR kek.

I don’t know the answer because I’ve not even attempted to research it, but have Chase set up a similar operation in any EU country either before or after the U.K. bowed out of the EU?

Frankfurt and Paris have JPM Chase things, but I think it’s all Private Banking/Wealth management (like we already had in London).

Don’t think they have any retail operations within the EU