I’m fairly new to UK fintech, and one thing I noticed across the board (Monzo, Starling, etc) is that joint accounts are treated - at best, if they even exist - as second class citizens.

For example, in Starling joint accounts don’t have Connected Card spaces. The marketplace is also empty for them. In Monzo, it’s impossible to have Monzo Plus for joint accounts, etc etc.

Why is that? Are so few people using joint accounts as their main account? I never use a personal account, which means that I need an empty Starling account with no use to just sit there.

Because it’s a small % that use them as a proper account. Most people that use a joint account just use it to dump funds to cover bills.

I’m really interested in why that is, at least for married couples. Legally, when divorcing the account ownership doesn’t make any difference to the divorce settlement, so the distinction between “my account” and “their account” is meaningless.

And if it’s not pre-planning for divorce, I can’t see any advantage to using separate accounts. How come that it became the default?

I think it’s a generation thing.

My parents and that generation seemed to be much more “what’s yours is mine, what’s mine is yours” and all funds go into one account type thing.

Myself, my friends and partners, seem to do it with “This is my portion of the bills, I’ll keep the rest in my account”

I’m not sure I’d say it was for divorcing reasons. Personally, I like to know what funds are “mine”. I’ll cover bills, but if I want to spend on me, then I don’t want my partner to feel like she’s getting to spend less on herself. So you keep your own, do with it as you wish.

I think as you progress in life, maybe the ratio of what you give to the family pot vs your own changes, but that’s how I/we plan to do it anyway.

Not from my perspective.

But, if you look at most “fintech” founders (Blomfield, Storonsky, Hinrikus, Stalf): what do they have in common: They are young white wealthy guys, who’ll probably see want to go the same way as @Recchan (stereoptypes, I know!). Boden is sort of the exception to the rule here, obviously, and it feels to me that out of all the fintechs they seem to have the least bad joint accounts.

Leaving people like me who very much fall into the

“what’s yours is mine, what’s mine is yours” and all funds go into one account type thing.

category (despite being a youg white guy) as not something they are interested in. And seeing people like me are well served by “traditional” banks I don’t even think that’s a problem - good to have something for everyone.

But, if you look at most “fintech” founders (Blomfield, Storonsky, Hinrikus, Stalf): what do they have in common: They are young white wealthy guys, who’ll probably see want to go the same way as @Recchan (stereoptypes, I know!)

That last sentence I can’t make out, can you clarify?

That last sentence I can’t make out, can you clarify?

Haha, yeah, that made no sense. Let’s try that again:

If you look at most “fintech” founders (Blomfield, Storonsky, Hinrikus, Stalf): what do they have in common?
They are young, white, wealthy guys, who’ll probably see things similary to @Recchan [i.e. “use a third party thing to split bills instead of a joint account”] (stereoptypes, I know!)

Yeah I just don’t like tying my finances to someone, occurred to me that since prenuptial agreements in the U.K. aren’t solid as they should be that I don’t really want to get married now either. It’s a problem

since prenuptial agreements in the U.K. aren’t solid as they should be

I take it back wholly then, prenuptial agreements suck and it’s clear that we don’t acknowledge them for a reason

The whole problem becomes moot if you just don’t separate

For me a marriage is all about the intention to stay together forever - even if in reality it doesn’t happen, there’s value in the sentiment, and it comes with the financial commitment and the willingness to share everything and accept that it might mean a 50/50 split at some point.

Then again - that’s a whole other discussion! I was just wondering why joint accounts are so uncatered for in fintech! It’s a bit (a lot) frustrating for us 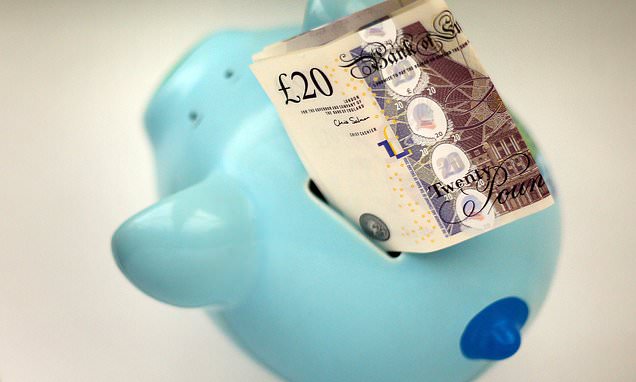 Just 32 per cent of Brits aged 25 to 34 share a joint account today compared to almost half of over 65s, according to the market data firm Consumer Intelligence.

They’re not going to put a lot of effort into something only a minority use.

I could never accept that someone could take half of what I’ve worked for be it parents, partner or children. I’d sooner wire my money abroad and see what they can get

I suspect most joint account closures also involve disputes, which can be a real headache and add costs. I know traditional banks need a statement signed by both account holders to release funds from a frozen joint account in dispute. Further problems can arise if there’s a credit balance and the bank closes the account, but doesn’t know where to send the funds and so on…

It’s tablets all over again 🤷

Everyone seems to think everyone has an iPad and uses it all the time. Well they don’t, just like joint accounts

I read something completely different from those stats. 32% is a very large percentage - while it’s not a majority, it’s by no means negligible, and it’s one hell of a target audience to ignore.

And that’s only 25-34 year olds! All in all, it’s a very significant chunk of the population that’s getting a second rate product, and why? What’s so complicated about doing something like Monzo Plus for joint accounts?

This is basically my use case, me and my partner dump £x into the account each and we use that for for bills, the weekly shop and meals out etc. Any bigger purchases or personal purchases get done on our own cards or on a credit card.

All I’m seeing from those statistics is terminal decline 🤷