Why old school banks might fend off the new tech lenders 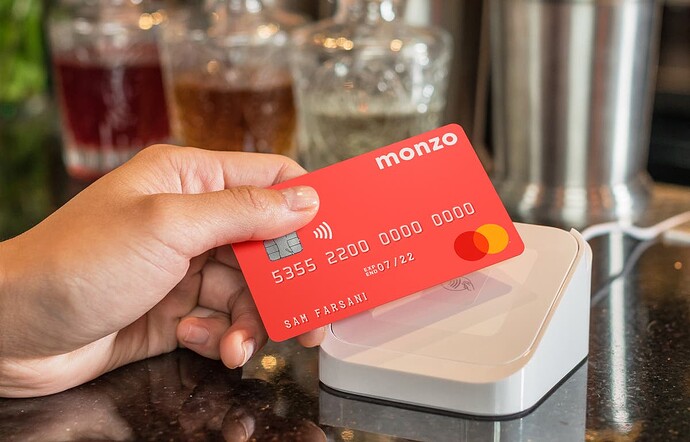 Why old school banks might fend off the new tech lenders

Will the new challengers just become the Friends Reunited of the banking world?

A good read - and right on the money.

A few interesting points in there, I agree.

Firstly, the idea of cross-selling being overhyped. This is probably true - aggressive cross-selling, including products “inappropriate” for customers, has been regulated out of existence after various scandals around packaged accounts and PPI. So I don’t think huge profits from that are likely. Probably something like the “Starling model” of certain parts of the business subsiding others to create an overall-profitable bank is a better long-term goal (and that leaves highly-specialised providers, with little diversification, vulnerable in the long term).

However, I don’t agree with all the points in the article. Santander’s creation arguably has been a sizeable challenge to existing banks (it now has a decent share of the market, and competes against the usual suspects with a traditional, high-street presence). Other first-wave challengers such as First Direct are still around today and it would be unfair to label them as failures.

Intelligent Finance was also a decent success until the financial crisis, when the Competition Commission required it to close to new business to meet State Aid rules (Lloyds Banking Group, collectively, was just too big after absorbing Bank of Scotland plc so this was part of the agreement designed to rectify that - including spinning off TSB). This was not Intelligent Finance’s “fault” and it would probably still be attracting customers if not for such a ruling.

Smile was also not a total failure, although wider issues with the Co-operative Bank have hampered it’s success. It also no longer has any differentiated features as ordinary Co-op customers have access to exactly the same platform these days.

Much of this blazed a trail for self-service internet banking as a concept and modern fintechs are doing the same for apps. It’s also a case of a rising tide lifting all boats - the wider market is forced to improve until the standard of the challengers is met. That has happened with internet banking and is now happening with apps too. This does mean, paradoxically, that if the challengers are very successful they do, in a sense, create a problem for themselves - the more of a serious threat they are seen as, the more other banks will invest in technology and the less likely they are to keep their features as unique in the market. Eventually, if all their features have been replicated elsewhere, their point of differentiation no longer exists. I would argue it’s not quite the same with modern fintechs as the original challengers, though.

Modern fintechs don’t just have a better customer-facing experience, but also better back-end IT platforms. This is where Anne Boden’s “speedboat vs tanker” analogy comes into play. If you want branch access and don’t care about technology too much, and find your bank “good enough”, you will stick with it; if you are a tech enthusiast who always likes the latest stuff and hates branch banking (like @Topsy2) you will likely want a fintech.

The supermarket banks argument is a bit of a misnomer as banking requires huge investment (something supermarkets were never that serious about) and also, in corporate-speak, there were never any “synergies” there for them so it was hard to make it profitable. Especially when they only offered a limited range of products. It was more of a vanity project thing, where supermarkets copied each other in piling in, and was at a time when supermarkets were seen as at the height of their power. Out-of-town superstores were predicted to be the modern-day equivalent of a whole shopping centre, and they became obsessed with selling everything. In retrospect, the internet has overtaken that role.

Upon reflection, I prefer your submission.

I also forget to mention how a big old incumbent buying you out tends to lead to stagnation and failure (likely the cause of Egg’s decline).

Basically, they buy an upstart when sensing a threat and then they aren’t actually interested in what they’ve bought - they only buy it in order to avoid competitors having it, and to neutralise the threat. Inevitably, some technology gets picked-off and the rest driven into the ground.

This is why Tom and Anne have always been against allowing other banks to acquire Monzo or Starling, in my opinion.

Also, a note on Metro Bank:

I would describe Metro Bank as an innovator in service, with impact most-likely limited due to it’s restricted geographical coverage and some bad press around it’s accounting scandal.

However, it does have a role in, once again, pushing market incumbents. Both the biggest strength and biggest weakness of incumbents is their branch network. It’s a strength because it’s their main point of differentiation and the one area where they can claim to provide a more comprehensive service than most challengers; it’s a weakness due to the massive cost involved in maintaining it, bad press from inevitable branch closures, and the fact that the kind of customers it attracts are, frankly, a double-whammy of more expensive to serve and less likely to be profitable. It also seems to be bringing increasing regulatory attention.

With Metro Bank and, to a lesser extent, Virgin Money majoring on in-person service, they can’t afford to go for bare-minimum effort on branch service - so the quality envelope is once again pushed even in this most traditional of areas.