Ad Enough Of TV? You soon will have! 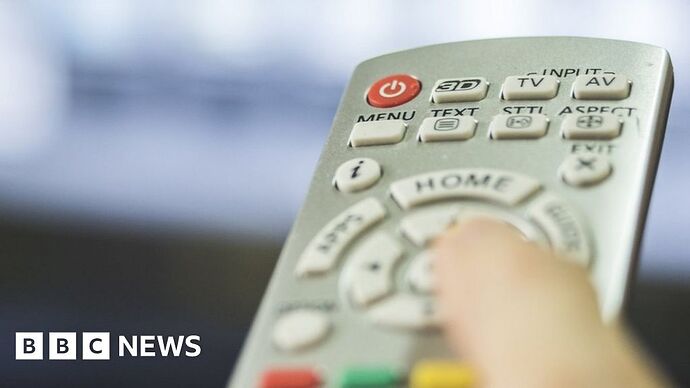 TV ad breaks could get longer as rules reviewed

The number of advertising breaks could be altered, as viewing habits change and streaming services grow.

I started to watch the very wonderful “Brokenwood Mysteries” - a Kiwi police procedural on UKTV Play a couple of nights ago, and the adverts were in blocks of 6 taking between 3 and 4 minutes per break. This was every 15 minutes (sometimes less) during the show, I lasted 2 ad breaks and eventually unearthed the DVD. Now, I know this is not the case (yet) on linear TV, but there comes a limit where you’re just going to give up on this.

And the ads…they are nothing I would ever buy in a million years. I guess I shouldn’t say it too loudly, as it ruins the business case for free, ad-supported TV, but has any company actually done a brand awareness and marketing evaluation from TV (AND streaming TV) advertising? The recent ads for Stella Artois with all the actors nude - is that supposed to mean I will now buy beer from them? Are they a “fun” brand. If you buy beer because you saw nude people in an ad, then there really is no hope for you.

I try to avoid adverts wherever possible, however, as I don’t pay extra for some of the terrestrial apps, I have to suffer them during programmes, e.g. on ITV Hub. Can’t even fast forward.

Amazon have them before the programme, so not too disturbing.

ITV Hub have them before they even connect you to your programme, as well as during it.

Indirectly, maybe. The aim of advertising is to increase a brand’s recognition, so the more memorable the advert, the better.

The aim of advertising is to increase a brand’s recognition

Gorillas have nothing to do with what was advertised, but I bet most people could tell you what a drum playing gorilla was advertising. And that was a good while back too

Maybe, maybe not. That’s not always the goal of a marketing campaign though.

It got people talking and people know the brand. That’s often more than enough of an achievement. It all depends on the strategy and goals behind it as a whole.

….most people could tell you what a drum playing gorilla was advertising….

Isn’t advertising there to get us to actually buy stuff, rather than bask in the glory of recognition ?

The recent ads for Stella Artois with all the actors nude - is that supposed to mean I will now buy beer from them?

It’s meant to mean that the next time you are considering a beer purchase Stella will already be in your mind. It works, otherwise they wouldn’t bother.

Not Nimble bread is it?

It’s like sponsorship at a football ground (think more of your local pitches rather than the big stadiums). Companies pay to have their logo around the edges, on the shirts of the players, and so on. None of that actually sells you their product or service - it’s just so you’re aware of them.

Not Nimble bread is it?

I remember sitting crosslegged on the floor in assembly one morning in primary school and this beautiful girl stood up at the front and sang “She flies like a bird…” (from the Nimble advert) and I was instantly in love. She was my first girlfriend (we were both 7)

Now where do you want your quid ?

Now where do you want your quid

A charity of your choice

Done. I’ll add it to my Blue Cross wedge.

I remember a few years ago while on holiday in Portugal, one of our favourite films was on the TV
During the ad break, I had time to make a drink, have a shower, and get redressed ready for our night out… without missing a bit of the film

The longest ad break I saw on Spanish TV was for 23 minutes. It was for one of the big private channels, and seem to feature a LOT of the part works that you see all over Spanish newspaper kiosks. I was waiting for the weather forecast after the news, and hugely frustrated. I did surf around the other channels, this seemed to be the only one.

I’m not sure there’s ever been a serious evaluation of this kind of advertising. I have drunken “Wifebeater” (as the nickname goes) on numerous occasions here and in Belgium, usually because they’ve had no other lager on tap (UK) or didn’t want some 12% Trappist bear served in a frame (Belgium), not because of advertising. I’d be more inclined to go for a Jupiler in Belgium now.