It’s coming back for a few weeks in June 2021. Although not as generous as the winter version, every little helps. You’ll be able to add the offer to your cards in the American Express app in the next day or so. The promotion runs from 5 June through 25 June. 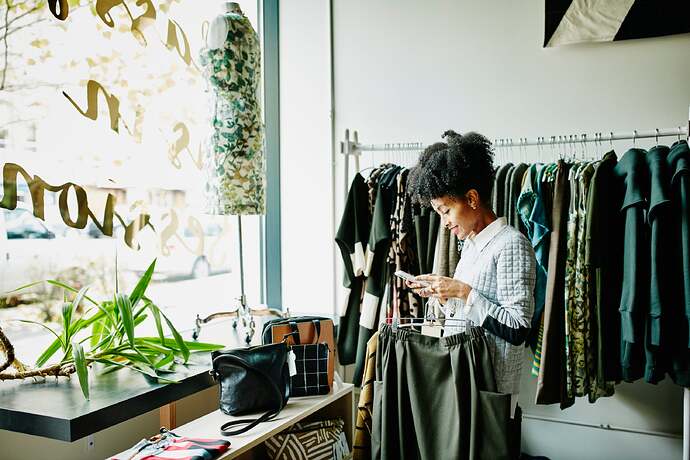 Amex Offer: Spend £15 with small businesses and get £5 back - The Points Guy UK

Editor's note: This story has been updated with new information.

I’m not sure if it’s enough to get my card out of hibernation, but I’ll take a look

It comes through via Apple/Google Pay, too

Yeah, I know. I meant actually use the account lol.

I’m trying a year without using credit cards on anything under £100.

Why so? Isn’t it good to get rewards on everything?

I’ve done the opposite. I moved to only paying on credit for anything I can spend with it on

It’s just the way I work my budget.

The pennies in cashback in comparison to the time moving money around to cover transactions and using other cards where Amex not accepted just wasn’t worth my time imo.

Don’t get me wrong, first year was great with the £100 bonus, but I’ve got to a point where I’m sick of chasing pennies.

I’m fortunate enough to not need to.

Do you shop at many places where AmEx isn’t supported? I haven’t found a merchant other than this little pokey konbini near my workplace

Besides that, everywhere I go now accepts AmEx thankfully

But yeah, chasing pennies I guess it could be seen as; I’m hoping to be able to put a lot of business spend through it to then reimburse myself haha

Where I live in North Central London using Amex in 2021 is as troublesome as using a Mondo card was in 2016, still lots of rejection issues. Maybe as we tend to shop in thrifty places where they"d rather tell you to do one than pay an extra penny in interchange?

Doesn’t work in any charity shops we’ve been to, doesn’t work in Savers or Flying Tiger. Doesn’t work in Dominoes Pizza in Camden, which was a bit of a shocker. The local NISA shop said I have to put the amex card in the reader instead of contactless, which worked, but then next time a different cashier insisted no amex. I said it works in the reader and he grudgingly let me do it but got the feeling he would have been more happy with monopoly money than amex…

Despite accounts that Amex is pretty much everywhere, I’ve always had those doubts. The notion of being refused service because of my card just feels old-hat. Clearly not.

I would still say bring another (non-Amex) card with you if your primary card is an Amex.

That’s not to say acceptance is poor, it just isn’t as guaranteed as Mastercard or Visa.

I’ve got to a point where I’m sick of chasing pennies.

Yes, using Amex feels like a hobby in itself.

The rewards aren’t huge, but if you make use of signup and referal bonuses, and spend a fair amount over the course of the year, they do add up and are better than nothing. It’s not earth-shattering, though.

What I will say is that the Amex Offers section (including Shop Small as one) is a nice way to up your earnings from Amex and it tends to offer far more retailers than something from other banks. I know lots of banks claim to have similar offers available, but there aren’t ever anywhere near as many retailers listed in my experience.

I have similar experiences. Unless you’re happy to mostly shop in big national chains, acceptance is still an issue with Amex.

Honestly besides Shop Small, the one time Deliveroo did a promotion and the generic “spend X amount at double points” is there any decent AmEx promotions? Asides from hotel groups

What I will say is that the Amex Offers section (including Shop Small as one) is a nice way to up your earnings from Amex and it tends to offer far more retailers than something from other banks. I know lots of banks claim to have similar offers available, but there aren’t ever anywhere near as many retailers listed in my experience.

Little chance of that.

I have about 60 listed in mine and not one for a store I am likely to use. Pointless!

As a new customer, the £100 introductory bonus is a nice earner, but then, post that, you have to hit a minimimum qualifying spend figure on the everyday card, or you get no cashback at all!

They have moved the goalposts for 2021, so you can earn even less now. Hence me not bothering this year.

They have moved the goalposts for 2021, so you can earn even less now. Hence me not bothering this year.

Why not switch to the rewards card?
No minimum qualifying spend

I’m gonna be honest, did you expect Savers to take it? Here they don’t even have a working fridge all the drinks are warm and good luck being able to move if you’re wearing a backpack in there

Surprised Camden Domino’s don’t take it though, but I guess they’re a franchise (as are NISA, normally, I think?) so they can not take it, if they want

Personally next time at the NISA I would just tell them you want to pay by card but don’t have contactless, put it in before they can object (and report them to Amex, because they’re breaching contract)

I have 17k British Airways points and no idea when I’m going to use them or where to, which is cool I guess

Might ask them if they can switch me to the Everyday Cashback card instead or maybe a standard AmEx Rewards, iirc you can offset balance with points or use the much more generous AmEx points to transfer into schemes. You lose a couple of things, but eh, I don’t think I’m really ever going to make much from their accidental injury on public transport insurance

However, Domino’s online does accept Amex, so you could always order online for collection from your mobile and hence get around the local restriction (and buying online may allow you to also gain some airmiles / cashback as well).

Thanks to me opening numerous current accounts in last three months, my credit rating is shot!

That’s with NO overdraft on any of my accounts too.

Will review next January.

I could get around some online anomalies by using Amex via PayPal.

Didn’t work everywhere, but was useful at some.