Just applied for an account with Amon Tech - an Estonian firm who seem to have a reasonable offer on a Euro account (you can never have enough Euro accounts) linked with Crypto and Sterling accounts. Account appears to be live and I have a GBP & EUR IBAN (both based in the UK).

Did all the due diligence and KYC stuff (very difficult getting a room light enough for a decent picture, but not reflecting off your shiny passport page), and ordered a card (UnionPay branded !)…and received an email saying I am number 8080 in the queue and will be sent a card when they go live ;-0

I also wanted to apply, but was told the card isn’t available yet in the EU. The narrative (e.g. on Twitter) is that the card is already live in the UK, so surprised by the content of the mail you received.

I applied for an account with them ages ago when they had first started, after seeing them mentioned back on FintechTalk (I think).

The main interest for me was the novelty of a UnionPay card.

The card is still in a pre-launch phase, so is being gradually made available. They send you a notification once you can order it. I was able to order mine earlier this year and it did genuinely arrive, so they aren’t vapourware. 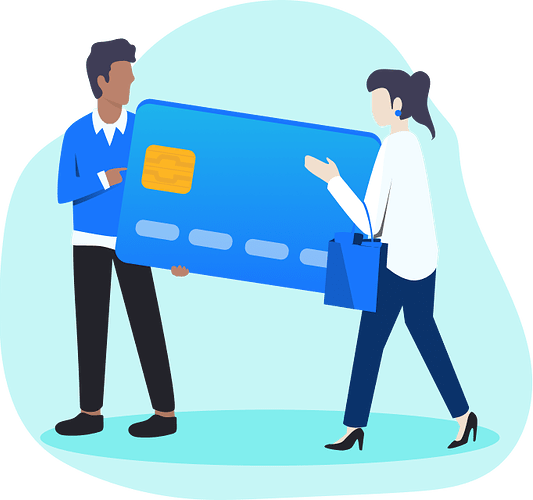 Congratulations on your Amon Card order!

We are excited to have you onboard! With the Amon Card, you will enjoy plenty of great features and benefits.

We will contact you as soon as we start with card distribution.

Have a great day

I had something like that, but I first ordered my card and joined the waiting list in around December - the card wasn’t sent until, I think, early February.

You will get it eventually!

Same here. Though it looks (through a swift Google) that we are not exactly overprovided for in terms of “UnionPay” accepting establishments - unless I head for China.

a) that you can get a free UberEats meal (though the frequency of this is not stated) but this isn’t live yet
b) you can withdraw money using Barclays Bank machines (though whether there is a charge is another matter entirely).

I assume that the cashback and UberEats meal promised is probably provided like like Crypto dot com’s Spotify and Netflix “refunds” via a fake crypto (AMN) that’s impossible to return to fiat currency.

Jaja took about 6 months to send me an invite from being 7000th in the queue, so I have no idea how quickly they are sending out cards. I didn’t take the Jaja card, but that’s for another thread, as well as another Fintech I found called Genome, who look on the surface attractive but want a whopping €20 per month for the account if you’re a non-EU resident

I think there isn’t a charge, but I haven’t tested it yet so I can’t be certain!

It’d be interesting to know how you get on. I presume a number of places do actually accept it despite not advertising that they do.

They claim acceptance at 40% of all U.K. merchants.

UnionPay is accepted by all Barclaycard (merchant) card readers.

UnionPay cards are accepted at all Barclays and Travelex cash machines, plus Cardtronics, Moneycorp, DCPayments and Yourcash.

They also have a cross-acceptance agreement with Discover and Diners’ Club, so anywhere that accepts those cards should accept UnionPay.

They also have a cross-acceptance agreement with Discover and Diners’ Club, so anywhere that accepts those cards should accept UnionPay.

In that case…did you try adding it to Curve?

I assume that the cashback and UberEats meal promised is probably provided like like Crypto dot com’s Spotify and Netflix “refunds” via a fake crypto (AMN) that’s impossible to return to fiat currency.

What exactly can you do with them then?

I was going to email support to ask if they could whitelist it and process it as Discover, but I haven’t got round to it yet.

Looks like high end establishments aimed at the Chinese middle class, in the main.

Buy and sell crypto and euros, it seems

Yes, having a look online it does seem like the places you can be most sure of acceptance are the kinds of places set up to cater to regular visits from Chinese tourists.

Harrods, and other major places for shopping (like Bicester Village) seem to advertise that they accept it.

The processing agreement with Barclaycard will mean that a large number of merchants can accept it, but it’s very difficult to know exactly who processes transactions via Barclaycard and who doesn’t. I agree with @WillPS that’s it’s likely plenty of merchants may be able to accept it but are unaware that they can, too.

Remember too that many Barclaycard retailers will be using EFTPOS integrated with their own till system rather than a Barclaycard issued PDQ, so even if Barclaycard are ready to make the transaction happen it’s possible the till simply won’t recognise it.

Although again, in most cases I imagine they actually could process it - as the till will probably be set up to accept a variety of card networks due to even custom front-ends being based on standardised software.

That’s unless it’s been explicitly blocked, which it probably wouldn’t have been (no reason to).

Depends if that till software is aware of Union Pay conceptually at all. If it’s a UK-focussed package, it’s quite possible it won’t. Same goes for Discover and JCB potentially.

Even if Discover is accepted, the software still has to recognise the Union Pay BINs and understand that it must treat them as Discover.

All of this said, it looks like there is a €1 a month charge to use the account after 12 months, so they better get a wiggle on and send me a card, otherwise I will not be using it for that long.

Did you ever get a card?

I activated my card, but haven’t yet used it, and have now received an email with the subject line Card Programme Closure Notice, giving me two months notice that they intend to close the card. All very odd, and difficult to tell if it’s happening to everyone or just me (perhaps because I haven’t used it).

I’ve asked their support for clarification and will post what they say when they get back to me.