I’ve had an unused Barclaycard credit card for ages. They were one of the first credit cards I ever got, so I’ve just kept a card going.

Recently I was tempted back by a decent purchase offer. My income is very sporadic - payment terms of 90 days are not unusual - so 0% credit card deals are handy for cash flow, basically. Nice, but not essential.

Statements: these are broken in app and on Web. App shows statements for 2018, nothing more recent. Web just shows an error message when you try to download. CS said engineers know about these issues and they can issue a physical statement in 5-7 working days. Wow

3D authentication: this has failed every single time for me. No notification in app, no SMS, nothing. Pretty much renders the card useless online.

Cashback: Barclaycard sends you to some separate website, which has to verify your card. You verify by tapping a notification in the app apparently. No notification! No idea what the offers even are

Chat: Web chat is broken, but they are"working to fix it". App chat only lets me type letter by letter. You’ve got to be joking…

Tap and pay: Barclaycard doesn’t do Google Pay, so I set up their solution instead. The only problem is that it “resets” on the slightest pretext, not even sure why. Once because their terms had changed, but also seemingly randomly. Again, completely useless, as it just fails at the POS.

Card expiry: tried to use the card for some holiday bookings, but it was rejected because it expires by then. Asked for a swifter replacement, but not possible, apparently.

Overall, mightily unimpressed. It feels like being beamed back to the 90s. So much is just broken…

I would complain. If every step of the process is broken, this is definitely something they’ll pay out for. That and maybe they’ll lose enough to not let it happen again.

I’ve got a feeling it’s because my account is so old and has gone through so many updates and maybe got left behind somewhere. Just a feeling.

Approving purchases in the app is annoying. No pop up, you have to know to click the bell icon and then it’s probably the top notification.

When I get a notification about a new statement, it doesn’t tell me which card it’s for either.

Tap and pay: Barclaycard doesn’t do Google Pay, so I set up their solution instead. The only problem is that it “resets” on the slightest pretext, not even sure why. Once because their terms had changed, but also seemingly randomly. Again, completely useless, as it just fails at the POS.

I still can’t believe they don’t support Google pay and force you to use their inferior option.

Use mine through Curve and Google Pay

You shouldn’t have to do that though.

It’s a stupid, narrow minded, commercial decision. Essentially they don’t have to pay Google/Samsung a commission on their own rubbish implementation.

Apple don’t allow it, so they’ll use Apple Pay.

At least Barclaycard offer something for Android users tho, unlike Tesco Bank who seem to only support Apple Pay and have no plans for any form of mobile payments via Android…

For avoidance of doubt, you don’t have to. They’ve made the commercial decision to not offer it, you can make the consumer decision to change your banking provider.

Eh, I don’t think it’s stupid. Clearly while some (I imagine few) people slightly moan about it, it’s not something that has forced many away.

I’d rather not provide Google every piece of data I have, to a lesser extent I would prefer to give less data to Samsung & Apple, too.

If that was their motivation they would offer the choice of their own app or Google/Samsung Pay, as Amex have.

Yes I know all about that. I had to change my bank because they were stuck in the dark ages as well.

It’s just amazing to me that even with Starling and Monzo existing they still don’t change. Not exactly a smart decision considering they’re losing customers over it.

Disagree; AmEx probably have their own implementation due to the fact they operate outside of Google Pay (contactless) availability.

Barclays AFAIK doesn’t, but they clearly just don’t like Google Pay. I don’t see why Google should be entitled to a cut anyways. I guess the annoying thing is that payments become irritating when you have multiple cards?

It’s just amazing to me that even with Starling and Monzo existing they still don’t change. Not exactly a smart decision considering they’re losing customers over it.

The amount of customers Barclays is losing probably doesn’t matter in the grand scale of things. Fintech may have lots of accounts, but rarely do I see them with good stats.

E.g. Starling have 3m accounts right? Their lending products are subpar, so they probably aren’t making too much on that (loans, that are no longer offered and were subtracted from your overdraft availability anyways; no credit card). BoE interest can only pay so much.

The problem they didn’t have any foresight to see coming is that Google pay is now more and more integrated into websites, apps and devices as a payment option.

You can’t use the Barclays option on a watch and it’s limited to £300.

I believe they’ll have to give in eventually but they’d rather lose customers than admit they got it wrong. 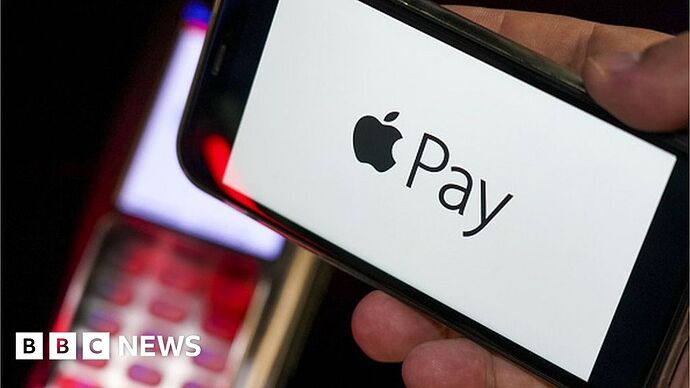 The tech company is accused of using its monopoly in the mobile industry to fend off competition.

You can’t win either way!

Disagree; AmEx probably have their own implementation due to the fact they operate outside of Google Pay (contactless) availability.

What are you talking about?

I have no problem with them going their own way. I think more competition among Payx is ultimately a good thing. Google Pay is hardly breaking new ground all the time.

The problem is that just none of it works (for me). Tried to open a statement on the app. Only statements from years ago. Tried on web. Got error message. Tried web chat - but it’s not working. Tried app chat, who asked for the web error code, but now I’m in the app and closed my laptop

Leave that for now. Try to pay for some stuff I want to click and collect, as I’m going into town. Needs 3DS. Wait for app notification. Check on the app. Nothing. Try SMS. Nothing. Give up and try another card. Picking up groceries in town. Tap phone. Doesn’t work. Tap and pay has reset.

If something worked, I can forgive hiccups and the odd fail. But combined, it’s just ridiculous. Unusable.

Google Pay isn’t available in all the countries American Express offer their services in, if it wasn’t obvious; i.e. I am pretty sure you can get an AmEx card in China, considering they were approved for something to do with RMB recently.