Chancellor of the Excheqeur and Health Secretary Quit Govt 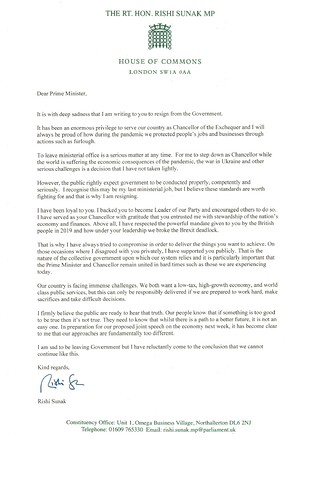 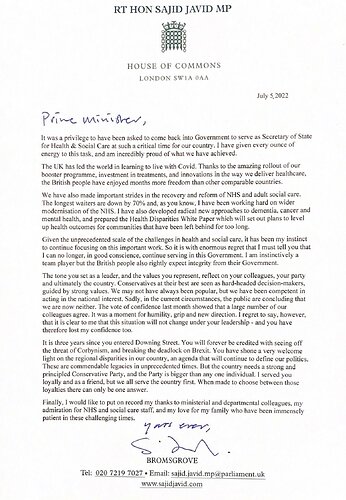 Johnson will be gone by tomorrow.

Current odds on whether Johnson will be PM at the next Conservative Party conference suggest that he will be gone by then. 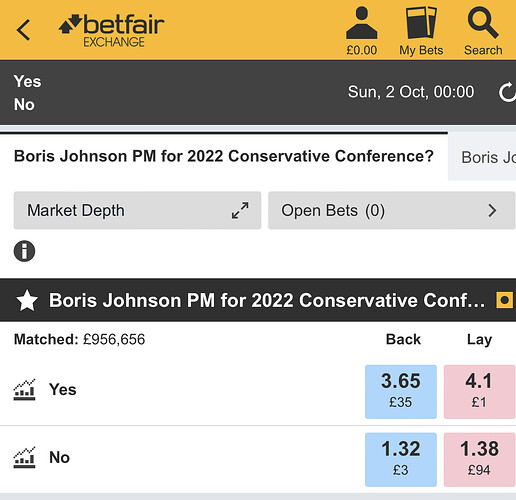 But never underestimate his ability to hang on. 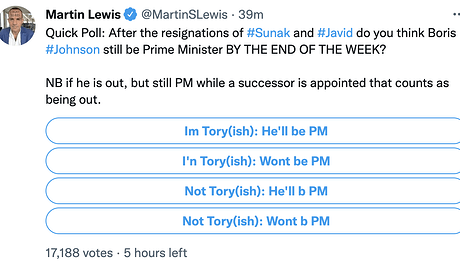 Throwing a tenner at it?

Be interesting to see how it pans out. I would imagine as Johnson carrying on as usual and appointing two new people to be the exchequer and health secretary.

We should watch that space……

I would have been willing to take over

He’s still hanging in there, what is wrong with this man. Are we witnessing another Trump?

To be fair, it’s kinda weird that an executive can be removed by political pressure of Parliament; he was elected as the leader of the conservatives and recently U.K. politics have shifted towards “party-leader” politics (in a similar style to the US)

He is not trustworthy and that’s the issue. Many people had relatives who died of Covid including mine and we had to stay away from hospitals and couldn’t pay respects at funeral homes - yet it was okay to party in Downing Street. How to this day he feels this behaviour is okay is beyond me and this country deserves a leader they can look up to and trust.

Lots of members wouldn’t have their seats without Boris

And probably don’t want to lose their seats because of him.