We are crowdfunding Pre-registration is open now! We’re excited to announce that Curve is crowdfunding again! 🥳 Customers like you have got us this far - and a lot of you missed out on our 2019 crowdfunding raise. What’s more, we’ve welcomed...

It is, but I wouldn’t try signing up.

I have tried three times last week, to get a referral bonus, and to be able to use my Barclaycard through Google Pay, however, it fails to load whenever I enter my phone number.

Support states that I already have an account, however, they had confirmed to me twelve months ago that my account was closed.

Would explain a lot.

Like how they reckon they can tell me what my registered email address is, when I haven’t given them much detail about my complaint, including not providing my mobile number.

I don’t recall which forum I read it on

That was on the Curve community, I remember it.

I was trying to create a new account with a fresh email address, but wouldn’t let me.

Looks like Barclaycard will hardly be used then, unless I am willing to be old-fashioned and carry the card

Wow. Curve is still a thing?

They do have new functions coming onboard as well.

Not surprising that they want to raise money to fund their planned US expansion and pay for all the new features they’ve announced recently to be properly developed.

I still think Curve can develop into a successful and unique offering, but it still feels very much like a beta-phase startup at the moment.

they had confirmed to me twelve months ago that my account was closed.

Closed != deleted. Your account is still there, just with a flag that says it’s closed. The system behaves inconsistently if you try to sign up again because as far as most parts of the system were concerned you already had an account.

This is not just Curve either, all banks and financial institutions have to maintain your data for at least 6 years due to financial regulations. Otherwise would-be criminals could just keep closing their accounts and opening new ones to stay undetected!

To be fair, there are different ways of implementing it. You can very well keep compliance data in separate tables which allows you to actually delete data from the main tables in case of account closure, so that the system behaves as if you’ve never had an account once you close it (so allowing you to reopen one with the same details, etc).

It’s not that surprising to me, personally, that Curve hasn’t yet developed a process like you describe, and instead just obfuscates the data on the live system.

Although better for the customer, maintaining separate systems adds a complexity that Curve probably can’t be bothered with.

Just checked my emails from last year and they confirmed in May 2020 that my account was cancelled.

They also said though that my data will be held for 7 years per regulations.

Nothing to suggest I could not create a new account and should reactivate the old one!

Depends what compliance data is? I’d say in reference to banking, you can’t

Transactions you’re not going to separate into another compliance table, you’d keep them in transaction table and just refer to the user table where the user ID on the transaction corresponded

On top of that KYC is probably just a field if it’s handled by a third party like Onfido, with perhaps a reference to the ID Onfido gives them

Trying to think of what data could be deleted off of a e-money or bank account? Phone number and email? probably not, you could need to talk to them afterwards for some reason. Name? Nope. Address? Nope. 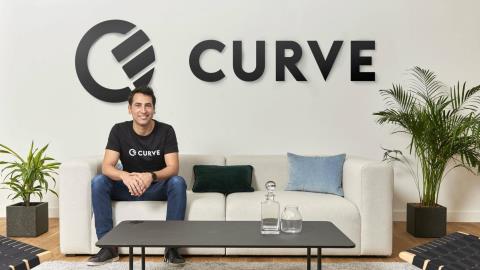 Curve breaks records with largest ever equity raise of £9.9m on Crowdcube

Setting multiple records on Crowdcube, Curve has closed the largest equity raise on the platform, sourcing nearly £10m in funding from 11,795 investors in 54 hours to support the rollout of the Curve OS platform in the US and the launch of Curve...

I don’t know what the smart investors are anticipating with Curve, but I must say it really looked to be on the ropes with the Amex fiasco.

I had a discussion about Curve on the Emma forum and I described it as a case of OPM syndrome.

OPM syndrome is categorised by the following things:

For me the USP was the “Going back in time” feature, which I believe to be unique. I wonder what they’ll do with the investment.

An extremely limited USP, which is also very expensive to provide, for Curve

They’ll use this money to fund salaries and make some technological investments and then wait till they run out to raise more funds, go bankrupt or sell to someone crazy enough to buy it

Curve are launching in the US I believe. Makes sense in that the interchange fees are much higher there.

The crowdfunding was done at the same price as the latest VCs came on board.

Now if only Curve were better at execution…