I know this website has been brought up many times on the forum - it’s now been changed and looks much better on different devices.

Although only a small change in reality, it makes a big difference to the customer experience.

It’s taken them a while, but at least it’s finally fixed!

At TSB we are here to help you make the most out of your money, so you can get more out of life. Whether you are looking for a new financial product or a smarter way to bank online, explore your options and see how we can help you today.

If I look at it in landscape on my iPhone X, I would expect it to go into some kind of two-column layout to make better use of the space. It doesn’t, and just formats everything the same as portrait except blown up with very little height (obviously).

Personally, I think they should change that.

Just tried it on my 12 Pro, i see what you mean - the boxes stretch a bit too much as you scroll down - the space could be much better utilised in that scenario. 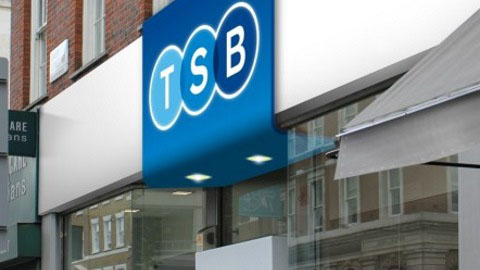 TSB has shaved 20 minutes off its onboarding journey to allow accounts to be opened in just 10 minutes. Further, mobile functionality has been updated so only eight scrolls are needed to sign up on a mobile device, compared to 60 scrolls on the...

So it seems it’s not just there website that’s had an overhaul. They’ve apparently reduced the effort during onboarding, so definitely having an eye on competing with fintechs. And they state they’ve improved accessibility - which must be applauded.

It’s just the irony of it. I mean… TSB…? While I’ve not had an account with them for years their products aren’t exactly compelling. I’m unsure how long they’ll be sticking around. And we won’t mention IT migration projects.

Maybe these updates will make them more attractive for a buyout/merger/rebrand in the future.

That’s the real purpose of all their business strategy moves. They are certainly positioning themselves ready for sale, not expecting to be an independent bank in the longer term.

To be fair, the IT migration was very much managed/mismanaged from Sabadell HQ. 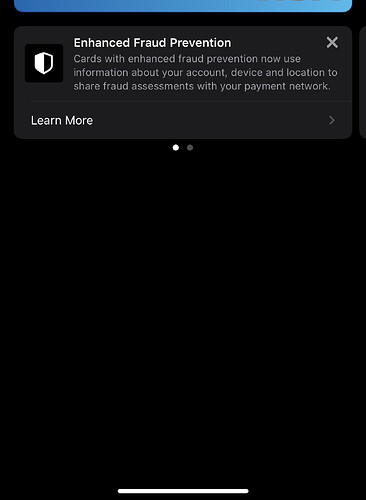 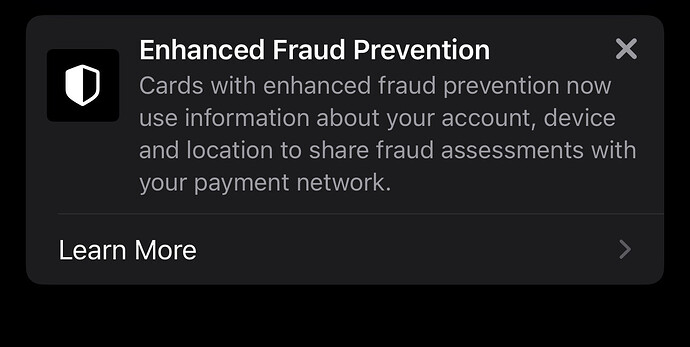 Yes I had this too but forgot to take a screen shot for my Child & Co card.
I also have a Lloyds card but didn’t get a message about that one.

They seem to have changed it again, well, the mobile site at least. They’ve finally added some colour to the majority of the home page, and it’s less whitebox-y!

This has always been the case with Apple Pay. It’s why some banks have unpublished Apple Pay limits. Seems Apple is being more open about the data sharing that has been going on since about 2015.

A few banks do publish their Apple Pay limits.
Starling does, and so do Lloyds banking group. I know with Starling you can remove the limit by immediately re-trying a failed transaction with Chip & PIN, which raises it for next time. I wouldn’t be surprised if other banks work in a similar way, but the details are just not documented.

Sometimes the retailer will also have an NFC CDCVM limit, which Apple Pay won’t work beyond. That’s normally not an issue, though, as it’s usually something like £10,000 (if limited at all). 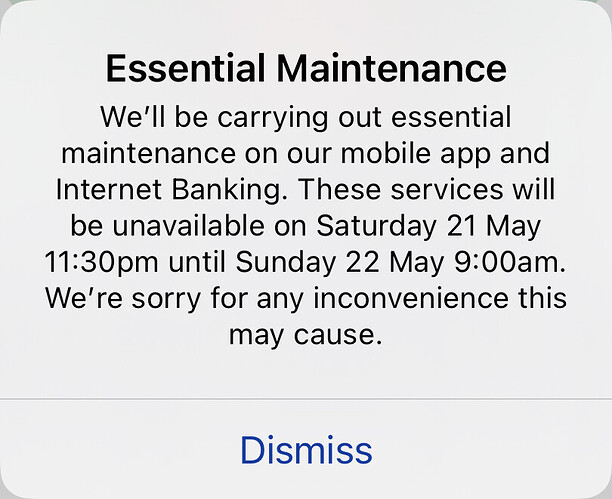 They have just updated their app to add push notification support to the app itself, which they say they will initially only use for approving 3D Secure transactions.

Hopefully they will eventually start notifying you of actual transactions!