There is the cross-subsidy from credit card interest, however, and John Lewis may have even provided the vouchers “for free” to HSBC as part of a subsidy to encourage their cardholders to spend more at JL and Waitrose.

My point is, I highly doubt HSBC actually ran the card at a loss - it would probably have been a modest overall profit.

Sounds feasible - to put that in to context based on that (completely made up and probably too high) 0.075% net Mastercard interchange commission figure that small cost would take £6666.67 worth of spend to cover that notional card delivery cost.

You are looking at one piece of the pie. They also get interest on balances, fees on balance transfers, more spend driven to them as a result of the card. Multivariabled equations seem simple if you don’t look at the majority of the variables !

I was responding to the point about interchange, I never suggested the cards were not profitable.

If they weren’t profitable we’d have seen them terminated, not tweaked in 2020.

Received an email in the last 30 minutes stating that all John Lewis Partnership Cards will stop working at 6pm on 31 October. Accounts with a nil balance at that point will close automatically, while those with an outstanding balance can continue to be paid off normally.

That’s quite a shock - I really expected HSBC to migrate cardholders over to standard HSBC accounts.

Perhaps they’ve decided that doing so just isn’t worth the bother, or maybe John Lewis originally wrote into the license agreement that if their right to use the brand ended at any time they wouldn’t be able to continue serving customers gained under the John Lewis brand directly?

There won’t be millions of applications simultaneously. Were there even millions of JLFS credit cards?

Obviously not, why would they?

It takes more than bad PR to bring down a financial services company, as TSB can attest to.

When Waitrose and JLP store customers find that their Partnership credit cards are not renewed or that their credit limits are now much reduced, then as retail store customers they have more ways of expressing their anger in the stores with the same fascia name as on their credit card. Poor store staff, they will be given hell, especially as JLP unilaterally decided to cancel the cards.

Poor store staff, they will be given hell

Is that a concern or a threat? Sounds like the sort of thing only a real entitled arsehole would do.

Folks, let’s keep the chat on an even keel, please. If it helps, I’ll refer you to the forum rules.

Good natured is the thing.

Regardless, unlike HSBC, NewDay have a modern mostly automated application system.

Do you have a source for this? John Lewis own their financial services company…

Do you have a source for this? John Lewis own their financial services company…

JLFS is being wound down - we don’t know the ins and outs of why but the suggestion reported was that John Lewis weren’t happy with HSBC’s management of the venture. JLFS are thus losing the use of the John Lewis brand, and indeed in their letter earlier this summer John Lewis suggested that JLFS would be in touch about what would happen to existing cards after October (as it would not be their place to decide what happened).

JLFS (the HSBC managed JV, not John Lewis) then wrote to all cardholders to state their accounts would be closed.

tl;dr - John Lewis pulled out of the venture but it was JLFS (read: HSBC) who pulled the plug on the cards.

I recently applied for a current account with them and it took between two and three weeks before the account was opened. I don’t call that automated, or modern.
I wasn’t even a new customer, as I already had an HSBC credit card, so it’s not like there was a hold up with ID checks or anything, their systems are just slow and antiquated.

tl;dr - John Lewis pulled out of the venture but it was JLFS (read: HSBC) who pulled the plug on the cards

That was exactly my reading of it too.
I also suspect that the details of the joint venture were commercially sensitive so exactly what each party is now allowed to say about the situation is likely to be limited, hence the confusion.

Regardless, unlike HSBC, NewDay have a modern mostly automated application system.

Absolutely, they are an established operator of store credit cards for other brands and have invested in decent technology which seems to allow for modern usually-instant credit decisioning. HSBC, by contrast, are well known for extremely manual and complicated processes plus tight lending criteria. They are therefore hardly an ideal partner in this sort of business. I’d imagine the vast majority of customers will be offered a very similar credit limit from NewDay and shouldn’t face issues getting a card approved.

I recently applied for a current account with them and it took between two and three weeks before the account was opened.

That’s a fairly typical HSBC experience, along with being sent lots of paperwork in the post!

Find out about our new rewards-based credit card, whether you’re a new customer or existing cardholder with John Lewis. Offering brand new benefits and cardholder exclusives, as well as the opportunity to earn points towards vouchers you can spend in...

Absolutely hideous design, in my opinion: 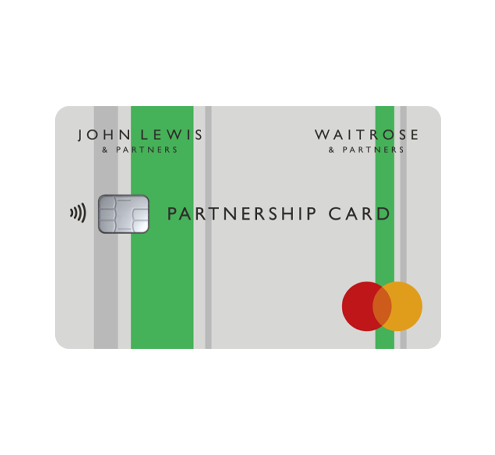 I wonder if they are planning a premium version or something, can’t think why else they’d use white as a base colour.

I suggest a look at the Smart Money People site to see what a disaster the new card is proving.

In fairness, even if you go back beyond July the reviews are all negative too.

Was looking at getting one of these. We tend to do the weekly shop at Waitrose anyway but never applied for the old one. Can’t be bothered applying for this new one as it seems I’ll likely be declined anyway.

You might as well apply if it’s going to be useful as they use a soft eligibility check before completing the application - so if they are going to decline you there isn’t a hit to your credit file.

Get a better credit card (Avios Mastercard would be my pick) and buy JL&P egiftcards for a better return. TCB sell them for 1.6% off if you don’t have access to the likes of Perksatwork or Sodexo.