Edit: Never mind, I’m dumb. It was just the first result that popped up when I googled it. I see now that other companies also do Avios MasterCards

I did mean the Barclaycard, you’re not dumb

. You can route it via Curve but some people have apparently had their accounts closed for doing that (I’ve done it for years with my Visa Cashback Barclaycard but perhaps they’re tighter on new accounts)?

Excluding them I’d probably be looking at the Natwest (or RBS) Reward credit card (1% back at supermarkets, 0.25% elsewhere) if you hold an account with them already, maybe the Asda/Jaja card if not. They’re not sexy but it’s about as good as it gets in that market outside Amex.

Lloyds (or Halifax) Cashback card (0.25% back everywhere on the first £4k, 0.5% above that) is a decent product too but they are super tight on what they consider to be cash transactions - there are even reports that museum tickets and stuff are triggering cash advance fees on the grounds they’re ‘government departments’ currently, so I very much suspect buying gift cards would be a problem.

Possibly connected and possibly worth a new thread, but here goes - I received an email from Amazon, saying they were terminating their relationship with NewDay and would be in touch when they had a replacement. I wonder if this is all interlinked.

I support this move. NewDay is garbage.

Amazon haven’t decided on a replacement yet, apparently

Could go to Capital One

Amazon have been wittering on about providing their own financial product for ages, but it just feels like vapourware at the moment.

There was an article in the Grauniad last week about people fearing the reapplication process with the John Lewis card, probably with good reason 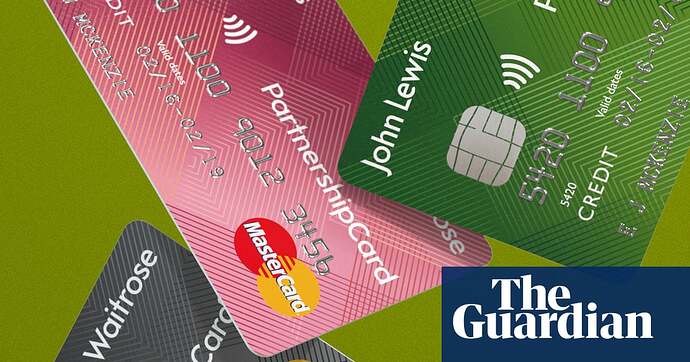 I think a big part of the problem here is likely to be total available credit vs earnings in many of these cases.

Because NewDay are opening a new £x,000 line of credit before your HSBC card closes, with it’s own £x,000 line of credit, the process temporarily increases your total available credit by whatever the credit limit on a NewDay card is assessed to be. This may push some into “unaffordable lending” territory based on a standard computer analysis, as their income may not support the additional lending.

Therefore, many of those rejected may actually be accepted if they wait for the HSBC-provided John Lewis card to close, allow 6 months or so for their credit file to update properly, and apply again “fresh” with NewDay. No guarantees, of course, but it may work. Another avenue would be to lodge an appeal with NewDay pointing all this out, and they may feel they can manually approve the application.

I have experience of them with my long-held Aqua Rewards card and haven’t really had issues with them, so it’s a bit unfair to write them off so early into their partnership with John Lewis (pun intended)!

I think the bigger problem is that the JL customer base skews older. Many longtime cardholders will have opened their JLFS accounts before the credit crunch (when credit availability for new applicants tightened, considerably) and/or before their earnings reduced due to retirement.

For those customers, it is possible that gaining any new credit cards would be difficult, even though they managed their JLFS accounts perfectly adequately.

As ever, loyalty doesn’t necessarily reciprocate!

You are right, of course, and any provider who isn’t actually a bank themselves - but simply contracts out and allows their branding to be used by another institution to provide a credit card, or any financial product - isn’t going to be able to continue to provide it to you automatically if the deal ends. We are also seeing similar with Amazon, although NewDay have been allowed to “keep” the ex-Amazon brand customers in that deal.

A credit card from a bank can also end due to commercial agreements ending - such as the Lloyds and TSB Avios Amex credit cards ending due to changes in Amex’s agreements with British Airways. However, this is generally much less likely, especially if the card is simply provided direct by the bank and is not linked to any other loyalty scheme.

It’s basically a lesson that it’s best to always have at least two decent cards, so you can fall back on one even if one gets closed.