NatWest Group is light years ahead both in terms of providing features in a well-laid out, simple to navigate app.

I find the RBS app a complete maze to navigate. I can never find where anything is. Monzo is getting that way with this new interface, too, sadly. I’m finding Starling a breath of fresh air since I started using it as my main account.

Different strokes and all, I guess. For me, either iteration of the Monzo app is confusing with too many things to slide, tap on or otherwise mess with.

In NatWest/RBS I have a clear list of accounts that I can tap on, then I get a list of main actions. Do I want to see my spending? Set up a scheduled payment? Manage my DDs? I tap the corresponding menu, then get to the relevant actions for what I want to do.

Different strokes and all, I guess.

If I used RBS more I’d probably get used to it but it doesn’t really offer me anything that Starling doesn’t, other than a regular saver with decent interest (and that’s all I’m using it for at the moment).

How are winners decided?
Our awards are one of the few awards in the industry solely based on customer feedback. Winners are determined based on the ratings received from the customer feedback, subject to meeting our minimum criteria. All finalist firms are automatically eligible for our ‘Best of’ and ‘Champion’ awards.

I don’t think Monzo (or even Starling) deserve Best Banking App. NatWest Group is light years ahead both in terms of providing features in a well-laid out, simple to navigate app. 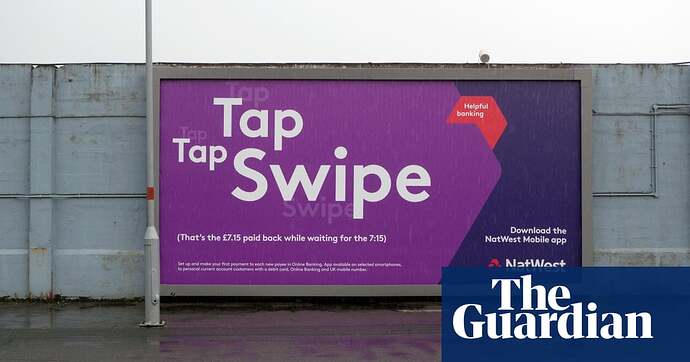 It has introduced facial recognition, but does not recognise me

Speaking of the NatWest app…

I disagree honestly. I think they have a nicer app, but from a UX standpoint, which is something that can be assessed with a reasonable degree of objectivity (I’m sure you’ve seen the built for Mars study) Monzo was easily king in 2022. This year I’d probably give best app to Chase, but could equally see Monzo retaining it. They’ve added a lot of polish this year, and every new feature has shipped in a polished state and has clearly been well thought out. RBS looks nice, but organisationally is a bit thoughtless IMO.

Fintech, especially last year, have been outdoing the rest of the market though. I’ve not used BiP, but their approach is a rethinking and rather innovative, which deserved the recognition. In terms of fees, they blow the rest out of the water. AMEX is stagnant, and I feel only considered best because the rest are even worse. BiP is a breath of fresh air in that regard. They might lack rewards, but they’re not everything.

The big banks did have their day, but they’re just not competing. The apps have been playing catch up but that’s really the only aspect, and it’s just painting over cracks. the areas where they could probably win over neobanks are largely open to the wider fintech non-bank market place, full of small scrappy companies who are still young enough to put them to shame.

The awards don’t hold much weight for me, but they do feel fair, even if I might not personally agree with one.

I think this is an area where we have to agree to disagree. I do not see Monzo’s UX as being anywhere near good. I remember in the past trying to do some basic things which I was unable to do easily because I had to keep guessing which swipe-y motion and button hides the relevant action. In contrast, with RBS I can do everything in a clearly laid-out way.

Yes, Monzo have bells and whistles, and most of those recently have been nicely polished, but I don’t feel like it gels into a cohesive whole yet. It’s just things bolted on wherever they could.

I haven’t looked into BiP myself, but the lack of a physical card is an instant no for me. Mobile wallets are the future, but there are still places that would expect you to pay with, or present a physical card, which I can’t do with BiP (or Chase, really).

Ultimately, as I said it’s different strokes for different folks. I do not care in the slightest about the fancy budgeting and Plus features. I am not a power user. I want to be able to open an app, go to payments, make a Faster Payment and log off without being distracted, upsold or having to navigate the Labyrinth.

The awards don’t hold weight for me but they certainly are skewed. Monzo and Starling beg customers to vote which the traditional banks won’t, so it’s an easy win for them.

“Novuna” was previous Hitachi Capital Consumer Finance, so probably not Fintech as you and I understand it. Mainly dealing with loans, I guess.

I wonder what stops you signing up today and disregarding Kroo in all this.

I’ve just signed up and Kroo aren’t seemingly in the frame at all.

You mean opening an account then never using it?

No. I first read the blurb (the bit about how one might NOT get the cashback) and it pointed out that those already registered wouldn’t qualify.

I read that as a Kroo thing, not a TopCashback condition. Essentially, I took the offer to be a Kroo perk. It seems it’s got no significance Kroo-wise at all.

I think it’s a clumsy way of saying if you are already a Kroo customer then you are not eligible for cashback.

The merchants ultimately decide which transactions will and will not be eligible for cashback, not TCB (although if all the conditions are met and yet it is declined for some reason TCB will pursue it).

Ah, so my initial supposition is possibly right. I’ve Tweeted Kroo for clarity. 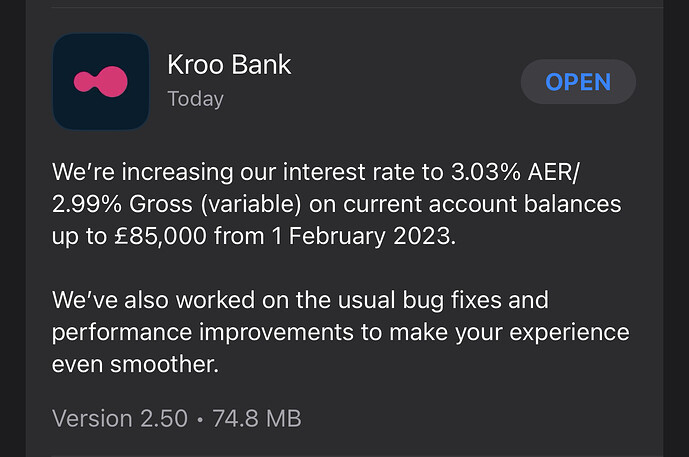 Ooof, getting the big guns out now!

No idea. If they’ve started offering £20 notes my gut tells me they’ll later on offer more

I’m the opposite. With the exception of Revolut (whose offers are convoluted and full of contrived hoops anyway) it’s always gone the other direction with fintechs.

When you go through top cashback it will be tracked through the link you click from Topcashback website.
Remember to have third party cookies enabled in your browser so that the click through is tracked.
If you use an Apple device most safari clicks are not tracked so it is better you use another browser like Chrome