Right, apparently, there’s a bit of an economic downturn going on and subscription services, mostly TV based, are allegedly taking a hit at the moment: 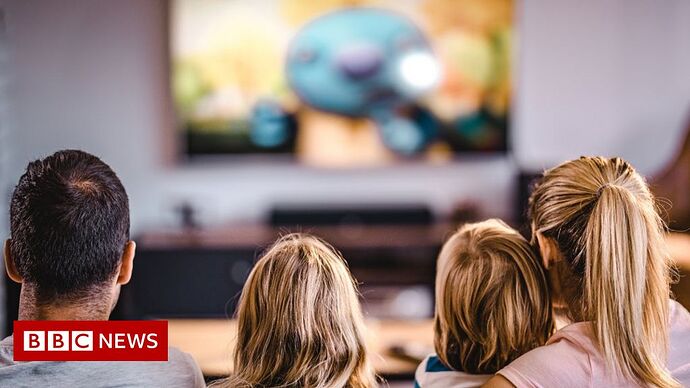 The rise in the cost of living has led to more households cutting their subscription services.

So, for my own part, I just in the last few minutes of starting this topic, cancelled our NowTV subscription. It was only £5.99 a month, but we’d just stopped watching it. Unfortunately, it took no less than about 5 clicks on boxes to actually cancel the bloody thing! ‘Are you sure? Do you really want to miss out?’ etc ya de da. I mean, I almost aged 5 minutes trying to reach the point when they finally gave in. Thank goodness I didn’t have to phone them up! So, we’ve ‘saved’ a future £72 a year, but of course that will just get swallowed up by the increase in energy bills.

We do have Netflix, which the Wife isn’t prepared to ditch because she watches far too many shows to can it.

Prime, mmm, well purely from the amount of household items we order from Amazon, I can’t give it up. We save an absolute fortune on normal High Street prices for stuff from Amazon and of course the delivery is all thrown in with the subscription, so it stays.

If it weren’t for the fact I like watching my local BBC news channel, we could probably get away with binning the T.V licence too. It seems this is a growing trend anyway as more and more watch streaming only services.

Anyone else taken the plunge recently and binned off those little used subscription services?

Yeah, binned Netflix last month after they upgraded my account to Premium at £15.99pm,despite me definitely not instructing same, and then changed my £9.99pm Standard to £10.99 because I had changed Plan (which I hadn’t).

I have Prime and Disney Plus, so plenty to watch atm. Both on annual subscription so save a few quid over the year against monthly sub.

Watch BBC ITV Hub and All4 occasionally, so plenty to satisfy any desire to watch TV tbh

Yeah, binned Netflix last month after they upgraded my account to Premium at £15.99pm,despite me definitely not instructing same

Now that’s worrying and is that even legal? How did they manage to do that?

I received an email from Netflix advising me of a price change on 4th April telling me they were raising the cost of my standard plan to £10.99 a month on the basis that it would add extra ‘value’ to our viewing. Who’d have thunk it

I have a purge of the subscriptions every few months, but I probably still pay for more than I need to. I’m currently trying out Tidal because it integrates well with Plex…and iTunes on Windows is an unmitigated dumpster-fire.

Other than that, Netflix, Office 365 and GamePass ultimate get a lot of use. As does Amazon Prime. Our nearest high street just has banks and women’s clothes shops on it, so Amazon has taken the place of shops I actually have an interest in. I miss Tandy and Maplins.

Binned Monzo off because I was paying £5 for plus, which I don’t think is worth it. Prob cancel Disney+ since I only use it for the Simpsons. When my free trial for Apple Music is up I’ll go Spotify.

Amazing how they all add up.

I am actually planning on reviewing my subscriptions again this month, I am approximately paying around ~£300 / month in subs.

Every couple months I cancel all my cards and only reactivate the subscriptions I need, works quite well for my uses (especially those subscriptions that renew yearly, you forget about and then when they accidentally renew you have to beg the subscription service to refund you) as my energy / rent comes out of a Monzo virtual card so I don’t need to worry about breaking too many things

To be fair, I was thinking exactly the same thing. If one is fortunate enough to be able to afford spending around £3600 a year just on subscriptions, then I don’t think they’ve got too much in life to be concerned about

I maxed this out by never subscribing to Netflix/Prime/Discovery/Now TV/Disney + in the first place! I’ve also not got/never had a Sky or Virgin TV sub. Freeview for me, or, as it was called in my old workplace “Pov telly”.

Frankly, the amount of stuff on the free channels like the iPlayer, ITV Player, All4, My5, UKTV Play is more than enough for me personally, and a lot of the French and German stuff I also want is geo-blocked, even were I to wish to subscribe to their offerings. There is a ZDF/BR/SR player on Roku/Fire, and a variety of old film/foreign language apps on Roku/Amazon Fire Stick (the latter a mere £20 in Asda!) as well.

I do also occasionally Chromecast stuff from my phone to the telly where there is no Roku/Fire/onboard TV app, like the ARD Mediathek. Quite a few of the German TV channels have active Youtube accounts as well.

I’m certainly not slagging off people who get Netflix/Prime/Discovery/Now TV/Disney+ - “chacun a son gout” as the Frenchies would say. There’s just not enough on there to attract me into paying £7-15 per month per channel. I saw someone recently kicking off about imdb.tv (soon to be FreeVee) which shows older stuff from Amazon that was previously on Prime and that it was unfair to show stuff they had to pay for last year free. Netflix loses subscribers for first time in more than 10 years

About 200,000 people cancelled the streaming service in the first three months of the year.

Might be time to sell up stocks, in other news. Not just Netflix, but all of them. When we in the tech field (for all those aren’t I’ll elaborate) talk about companies that spend a lot of money on R&D and have really good engineers and lots and lots of money and revenue, we use FAANG

Microsoft would go in there somewhere but like, it doesn’t fit well enough I guess (and probably their engineers aren’t as highly paid)

But to go to my point, if these companies start failing to expand we’re about to see the tech bubble pop like a balloon

The thing with the FAANG stocks is that most of them fall into the “consumer discretionary” category of stocks. Yes, Amazon and Google have their cloud platforms, but Apple is mostly consumer-orientated products; Facebook is a hot garbage that is already in decline; and Netflix is one of the most expensive streaming services out there. I wouldn’t bet on any of them growing.

Microsoft are fairly well ingrained in the business world, but also has a few products aimed at consumers. If consumers stopped spending, I’m pretty sure businesses would carry on subscribing to Office 365 and buying Windows licenses.

Just ditch TV and film altogether. Works for me

But possibly not for the majority of the population…

Quite a lot of things! I only pay for DIsney+, Prime and Apple TV in terms of video based subscriptions. Spotify too.

But mostly a lot of smaller mobile apps where I don’t want advertisements,

Some Adobe products, Microsoft 365, some SaaS tools like analytics software.

Also I included my AWS bill in this calculation, which always depends on how much people hate me that particular month and how much they want to use my stuff

And you clearly know exactly what you’re paying for and can afford it, so there really isn’t any need to justify why you spend so much. If it makes you happy, then that’s the main thing.

In middle age, I just don’t need piles of subsciptions for stuff. Even when I was with Lloyds, I never took the magazine subscriptions that were included with the account, just seemed pointless to me. At the time, back in 2015/16/17, I was earning an absolute wedge in current account interest, that was all that mattered.

But possibly not for the majority of the population…

It seems some families just can’t do without subscription based T.V of some sort. It never ceases to amaze me, those people who claim to be on the bones of their ass and complain about the cost of living and say they’re struggling, but then you find out they’re forking out £70 a month on a satellite T.V subscription because watching football is more preferable than putting healthy food in the shopping trolley.

Cancelled Youtube Premium the other day. £11.99/month
Installed Ad blocker instead and reading books when I am on the way.
It worked for me.

It works the other way as well - I know people with ridiculously expensive leased cars who constantly plead poverty and are credit card maxed to the hilt to pay for their mid life crisis automobiles. I think the “feckless poor” are only half the picture used by unscrupulous news proprietors to push a particular agenda.

I think the “feckless poor” are only half the picture used by unscrupulous news proprietors to push a particular agenda.

With much respect, I think you chose to read into what I posted entirely as a dig at the, to use your own words, ‘The feckless poor’ when my post was aimed entirely across the whole spectrum. I never specifically mentioned anything about ‘poor’ people, I stated those that complain that they’re on the bones of their ass, and that as you are well aware includes those folks who like to project an image of being wonderously well off with their Chelsea tractors and the kids wearing the latest designer stuff. I know people who are driving around in an extremely well known popular electric vehicle that are struggling to pay their mortgage. You have to wonder what is going through people’s minds when they’re saying ‘look at me!’ all the time.

I think that they’ll be a lot more binned subscriptions over the next few months, particularly as the energy costs really start to cut people’s finances to the bone. I’ve just re-purposed a Hive plug so that my AV receiver which was on standby for at least 15 hours of every day, is now on a schedule to come on at the times I actually need it to be on and for the remainder, is completely in off mode. Simple stuff like that I guess will help keep the electric costs down.

My issue with Netflix is the ‘predatory’ pricing structure. We only use one screen at a time but are soon going to be paying £15.99 for four screens just because we want to watch in 4k and HDR. It makes no sense to me.

A sensible pricing structure to me would be a fixed flat fee of £5.99 with additional monthly fees for increased video quality and additional simultaneous screens.

I’ll probably cancel it once Better Call Saul is over TBH.