Have had a Bunq account (Dutch bank, domiciled there, and denominated in Euros) for a couple of years now. Main attraction was a Dutch IBAN. Funded the account mainly from (free) instant transfers from Revolut.

I had a pretty torrid time at first with them sending me multiple cards and charging me for them, and then putting me on the paid-for tier when I’d specifically requested the free tier, and then none of the cards worked when I received them. The only way to contact them was via a “chat function” (sound familiar?) and these chats would often be deleted when they got too difficult. Most of the staff were Bulgarian, Polish or Croatian - their CS role was generally to cut and paste guidance from the Bunq forum (Bunq Together) whether it was appropriate or not - their metrics were apparently based on how many messages they dealt with, not the quality.

Anyway, eventually we got to sending me a working card and a “sub” to the free tier. All worked well until now, where they have now announced they are getting rid of the “free” tier and transferring everyone onto a €3 a month tier (unless you upgrade to their €9 a month tier. ;-)) A shape of things to come elsewhere ?

And you can no longer switch to Easy Travel, which has been withdrawn for sub switchers and new customers

All worked well until now, where they have now announced they are getting rid of the “free” tier and transferring everyone onto a €3 a month tier (unless you upgrade to their €9 a month tier. ;-)) A shape of things to come elsewhere ?

Isn’t it the case that most non-UK banks don’t tend to offer free personal banking? Midland (as was) were the first to offer free banking in the UK - everyone else did the same for fear of losing market share, and that’s where we are now.

It might be unusual for EU Fintech banks to charge fees, but it’s standard practice for bricks-and-mortar banks as far as I’m aware.

Apparently it will carry on being free for the duration of the card’s validity, which is a couple of years away for me. I can’t see that being sustained. And, as someone else has pointed out, is no longer (like N26) available for UK customers.

I did try and open a KBC (Irish domiciled) account in Euros, but I didn’t have any of the various bizarre forms of paperwork requested, so gave up. They chased me a couple of times, I told them I would be unable to provide them with the requested data - rinse and repeat. They now don’t offer accounts to UK residents (EU citizens or not)

whilst N26 have shut all UK accounts, Bunq are allowing existing UK accounts to remain open, and have (according to their website) only temporarily suspended new UK account creation.

I think my money will be gone before long. Wise now offer a Belgian IBAN - I think now the only bank offering non-UK IBANs to UK customers…unless you know different

Yes, my research (**) seemed to show Wise as the only institution I could easily find offering a Euro account with a non-UK IBAN to UK customers at the moment.

(**) - for a couple of particular scenarios, and most likely not comprehensive.

Euro account with a non-UK IBAN to UK customers

Why are you so keen on a non-UK IBAN?

I can foresee a time when exchange controls are introduced, for one

Why are you so keen on a non-UK IBAN?

Personally I’m not explicitly trying to obtain one; it was a byproduct of the research (although I can see the value in one). However, I suspect for some the answer is similar to the reason that forum members were trying to get Childs & Co accounts…

There’s nothing positive on their community about the latest changes. I think they’ve even given up banning people for negative comment (I was somehow kicked off a while ago. It was very big brother - post got turned into a CS message, then “disappeared” from the forum. I haven’t been able to post since).

It’s not just the nitty gritty though. The switch to some bizarre social app is very hard to comprehend and certainly marked the end for me. Priorities all wrong.

No they weren’t; they were just the first of the big four banks to offer free banking. Smaller banks, such as TSB, Williams & Glyn’s and Yorkshire Bank provided free banking long before the Midland did.

Notification today encouraging me to move from Easy Travel to a paid plan. No chance! Pig in lipstick, imo. They’ve also coined “bunqessential”, which is just too much…

The offering makes absolutely no sense for UK customers anymore, so why keep us?

The offering makes absolutely no sense for UK customers anymore, so why keep us?

As they have stopped taking on UK customers “temporarily”, I have no idea. If you read the blurb, your account remains free during the validity of the card - for now - which in my case is a couple of years away. I will close the account at some point, but as its only 1 of 2 accounts I have with a non-UK IBAN, I will keep this for a while longer.

Germans and Dutch do have this habit in their language of concatenating words so “Bunqessential” (and indeed “Massinterest”, the 0.09% they pay on your balance for the paid for cards) are not unknown.

Wise as the only institution I could easily find offering a Euro account with a non-UK IBAN to UK customers at the moment.

Fineco Bank offers U.K. customers an IT (Italy) IBAN, which may suit you.

However, the U.K. continues to be a member of SEPA, and it is against the rules of SEPA to discriminate based on country code (so a GB IBAN shouldn’t cause problems).

The only Fineco Bank I could find was a trading account for stocks and shares, 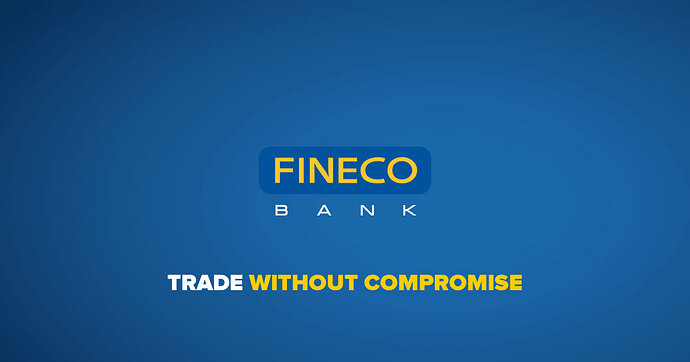 It would depend if you wanted to put money out of the reach of the UK authorities to be frozen if there was a run on the pound.

And SEPA to SEPA transfers should be free, but Wise charge for them, and PLENTY of German firms will not accept IBAN payments from accounts from outside Germany, seemingly resulting in zero regulatory action.

That it’s - it’s marketed as facilitating trading, but it has a linked multi-currency account with no requirement to use the trading element.

There is also Monese offering euro acounts, and they offer fee-free IBAN transfers via SEPA too, although funds are only held as e-money and are not FSCS protected.

Starling, Barclays and HSBC all offer euro accounts with support for free SEPA transfers and FSCS protection too.

All of these, though, are inside U.K. jurisdiction.

Lloyds Bank International offer offshore accounts, which would be held outside the U.K., but they come at a cost and with high minimum balance requirements.

It would depend if you wanted to put money out of the reach of the UK authorities to be frozen if there was a run on the pound.

These are two separate things. You would be “protected” against a devaluation of the pound by simply holding money in other currencies; withholding money from U.K. authorities would require an offshore account in a different jurisdiction, and depending on how/why you were doing it, could be illegal.

These both seem like irrational concerns for the average citizen, and there hasn’t been the Brexit-related panic on currency markets that some predicted. The Bank of England have also made it clear that they don’t expect U.K. retail customers to be charged negative interest rates by banks.

SEPA to SEPA transfers should be free, but Wise charge for them, and PLENTY of German firms will not accept IBAN payments from accounts from outside Germany, seemingly resulting in zero regulatory action.

I believe the rules are that for direct SEPA to SEPA payments, no charge is allowed, but Wise is offering an indirect transfer service and there is a distinction there on a technical level. SEPA payments from (for example) Starling to HSBC euro acounts are fee-free, and both have GB IBANs.

What the German banks are doing is against the Payment Services Directive, so you could take them to court and win (and the ECJ would force them to comply, theoretically) but in practical terms the average Joe isn’t going to do that and they know it, so they clearly choose to flout the law!

I’ve also read of other issues related to IBAN hardcoding of country-code (which is illegal) specifically in relation to French utility companies requiring an FR IBAN for Direct Debits. Officially, “discrimination” of IBANs within the SEPA zone is prohibited though.

Just revisited bunq to see what’s happening. It’s a graveyard app on my old phone, which is a sad indictment.

Charges are up across the board, from cash withdrawals to FX (ZeroFX now charges 0.5%…). The whole “plant a tree” thing has receded into the background, so I suppose it hasn’t been the success they were looking for. Unless you enable location, all the social nonsense in the app just throws errors anyway.

It’s a bit sad. You can’t choose where your money is deposited any more either. There used to be an option in your profile between ECB, green bonds and other choices.

The community is just a list of complaints about pricing going up. The pricing sheet is some PDF from the dark ages STILL.

I’ve got six cards attached of course, 3 real 3 virtual. None of them ever really used. I must have cost bunq a fortune for no return.

Ultimately, they’re a stellar example of why banking needs bankers, first and foremost.