Never thought I’d ever post something like this - my Google fanboyism is a running joke at work! However, I’ve found myself using fewer Google products and services lately, favouring more privacy-friendly alternatives.

Here are a few changes I’ve made…

I’ll probably add to this list over the coming months. Anyone else using any good Google alternatives?

Well, your last sentence assumes that your readers will know as much about the subject as you do but based on the little I do know this is my take on 'Good" alternatives.

Web search = Safari [which tells me every day how many trackers have been stopped over the last week] & Firefox [which I just like].
Email = Apple Mail, Thunderbird and on the W10 machine Outlook.
Cloud service = Onedrive and iCloud [stopped using the Google version but need to get files over].

As I say, no real idea how safe and secure they are.

I have Chrome installed but rarely use it.

I’ve started de-Google-ing my life after they announced that they’ll charge for photo storage from June. The only services I use at gmail (through Apple Mail) and YouTube. I use Bing for search and Apple’s services for everything else

YouTube feels like the one Google service we can’t leave unless we just forego it completely. It seriously needs some real competition. There is Nebula, but that’s just a handful of cherry picked content creators. The do have a lot of the more higher quality YouTube channels on there though, including MKBHD.

If I could get Tom Scott and Technology Connections somewhere else I could probably leave the platform for most of my content needs. I find they’re getting so much worse with ads too

They always seem to keep making them ever so incrementally worse, that you barely notice over time. Yet when you look back in hindsight, there’s a big difference. Whenever they try to force a 15 second advert, I refresh or go back and then back onto it. It almost always results in a 5 second ad or one that can be skipped.

You can limit the data they take though 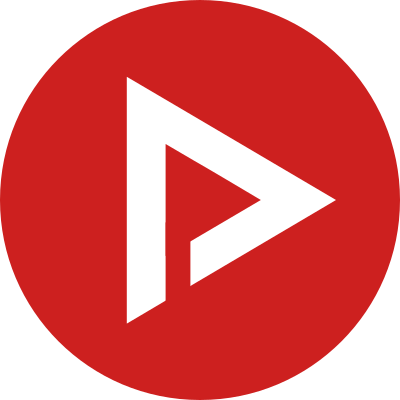 Well, this was actually a hobby of mine for a while

Phones: iOS / Huawei devices OR Android devices that you can flash a deGoogled OS on. For instance FairPhone works well

Browser: Firefox is honestly the only decent one, trying to watch videos in Safari is for masochists

File storage: ProtonDrive, Tresorit or if you want better pricing, Google Drive for Business paired with Boxcryptor or VeraCrypt (unlimited storage but encrypted on your end so Google can’t see anything)

Calendar: ProtonCalendar is a thing now iirc, or Apple Calendar

The only going thing I use is YouTube - really difficult to find an alternative for that one.

I did used to use Google services quite a lot & had an Android phone, but ultimately Google got a bit too creepy for me.

I myself use DuckDuckGo and have been really impressed with it been using it for over a year now.

Although powered by Google technology in part, as someone who uses public transport and doesn’t drive. Citymapper is a Godsend.

I have a personalised domain that I use for email,l; ProtonMail is excellent and handles all my personal email.

I wouldn’t have said this untill recently but Microsoft Edge is now an excellent browser and is a lot lighter than Chrome seems to be whilst using the same open source engine. I now use Edge at work on my PC and Android phone.

I’m an Apple device person (iPhone, iPad, MacBook) but have ended up fairly invested in Google services nonetheless, sadly. As I imagine was the case for you @Dan, Google Photos’ unlimited storage really lured me in and I now have many tens of thousands of photos and videos (totalling hundreds of gigabytes). Now that they’ve pulled the old bait and switch trick, I’m at a bit of a loss. I’m reluctant to pull all of my old content out of Google Photos since they’ll continue to store it for free, and for photos and videos taken after the limits are introduced I’m still tempted to continue using GP largely because I want all of my memories in one place and also because their AI is absolutely incredible and done server-side (so no inconsistent results between devices and strain having to reprocess stuff on every different device), although I know this is pretty terrible for my privacy. iCloud Photos has tempted me but, as well as the AI being far inferior, I don’t want my precious pictures to be used to keep me locked into the Apple ecosystem (whereas Google Photos is totally cross platform).

For email, I unfortunately use Gmail predominantly - which again is horrendous for privacy; their AI scans everything coming in and going out. I do have a ProtonMail account, but don’t use it much. Something I’ve found very useful are email alias services - I especially like Simple Login (simplelogin.io) - which are great for keeping your true email address private from sites you sign up for. Of course this does nothing to mitigate against Google’s spying, but it does help with protecting against the effects of data breaches.

I use Safari on my iOS devices (with AdGuard and the OISD blocklist), and Safari and Brave on my Mac (again with AdGuard and OISD). Brave comes in handy when dealing with a site that just works better with Chromium, like Google Photos.

Maps: I’m increasingly using Apple for navigation, and their new detailed UK design is great. But for discovery and checking reviews, Google Maps is still unmatched.

Cloud storage: Google Drive (I should probably move this over to OneDrive, but if I’ll be paying for Google One to store my photos, it’ll sure be tempting to just take advantage of the one plan for both). I do use Cryptomator though for storing sensitive files, which ensures they’re encrypted before hitting Google’s servers.

Notes: OneNote (great on Mac, phone app is a bit fiddly so I tend to use Apple Notes or Standard Notes, which is E2EE).

I especially like Simple Login (simplelogin.io) - which are great for keeping your true email address private from sites you sign up for.

Yes, I love that feature of Sign in with Apple. One thing that does concern me with it though is that you’re then totally reliant on Apple maintaining the service (and not withdrawing support for that site due to a disagreement or legal proceedings, as was going to be the case with Epic Games) to log in, since they can just switch off the alias at anytime. Whereas at least with Sign in with Google, a site can suddenly switch to magic link logins if support is dropped or if Google services go down. The downside obviously being that you’re then exposing a genuine email address.

So I tend to prefer using a dedicated alias service, which has a focus on privacy and anonymity. Take a look at AnonAddy (anonaddy.com) as well. Both are good: SimpleLogin offers 15 aliases for free while AnonAddy offers unlimited but with a 10MB monthly bandwidth limit. They’re both open source. Their paid plans are very reasonable so upgrading is pretty worth it, imo.

I’m not too concerned about Apple doing that in all honesty. I’m not sure how much you followed the App Store monopoly thread on Monzo, but I recall this turned out to be a misunderstanding between Apple and Epic. Apple would wind up annoying their own customers than anyone else, so there’s incentive for them to keep maintaining it, and they only lose customer good will if they don’t.

I’ll definitely be checking those services out though! Thank you!

Thanks for this one.

Forgot to mention this in my earlier response. I use this a lot.

If you suddenly start receiving offers of inheritance from long-lost Nigerian uncles and they have the RSPCA label applied, you know the breach is from the RSPCA service - time to change that password (Could also check with https://haveibeenpwned.com/ at this stage too)

No need for any external services.

The big problem with this is that several services don’t know how to deal with the + in the email address.

I signed up for utility company online accounts with this method where I was then unable to access my account, and I have also had a situation where the only accessible way of support was email but they refused because my email wasn’t an exact match

So while a great idea, support by others makes it pretty useless in my experience

That’s strange. With both Gmail and Hey, I’ve never encountered any sign-up issues with any service when using the ‘+’

Get your own domain and pair that with a catch-all address. Everything goes to your default mail but you give actual emails and then folder everything based on the incoming email. For example, [email protected]

No need for + syntax and prayers

I’ve had the same issues with that method as @ndrw, but also it clearly reveals your actual email to the service. The + trick is pretty well known now, and I wouldn’t be surprised if criminals have scripts to go through lists of emails from data breaches and simply remove the +xyz bit from @gmail.com addresses.