It is the worst bank app I have used. Most functions require going to browser, even just an address chnage

Do they still do the thing on their paper / PDF statements with domestic (GBP) transactions having an exchange rate of 1.0?

I guess I’ve never had to do that, mind you I expect that’d be the case with most banks to be honest.

What I expect a bank app to do is pretty much anything I have to do with monthly or greater frequency. Cheque pay in is a bonus where offered. I’ve no issue with being sent off to a browser to do things which I would do less frequently (open new accounts, CASS requests, chargebacks, reward payouts etc), especially if it’s seamless and prefilled as far as possible.

Problem with redirection to browser is having to login again. I don’t move around with my customer number.
I wouldn’t do that for simple tasks like address change, opening additional account, application for a credit card, etc

A US Amex card, made out of 25% recycled airplane metal! 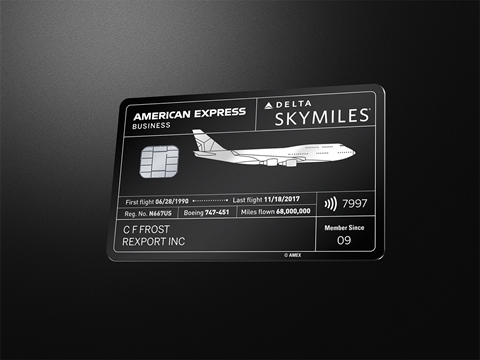 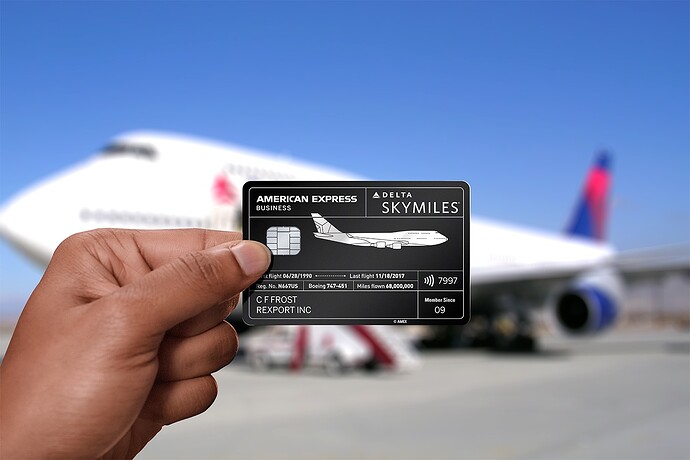 It’s a bit too busy of a design, IMO.

Anyone seen any new Barclaycards out in the wild? They have had the imagery around a year now, i got a new card 6 months ago and it was still the old one. The mrs opened a new account 2 weeks ago, and again got sent the old embossed card. They seem to be a bit mythical.

Incidentally it’s the last embossed card I own, and the only physical card I use since they wont put themselves on google pay!

Anyone seen any new Barclaycards out in the wild?

I’ve just switched from the Rewards to the Avios in-app and should get the card in a couple of weeks, so will let you know

I got a replacement Barclaycard Rewards credit card a few weeks ago. It’s still the old embossed style.

I’ve had two replacements on the platinum since the new design was launched.

I really don’t want to keep asking for replacements I don’t really need just so I’m not waiting too long for the new design. It’s wasteful. But boy are they going very slowly through the old card stock.

New customers have been getting the new designs since they launched, so I’ve seen the odd few in the wild,

I’ve had two replacements on the platinum since the new design was launched.

I love the design of the new BA Amex, but mine doesn’t run out until 2026

And like you, it seems a bit wasteful to order 2 new replacements just for the sake of it.

Anyway, here’s my card collection so far…a few missing, but most are there! 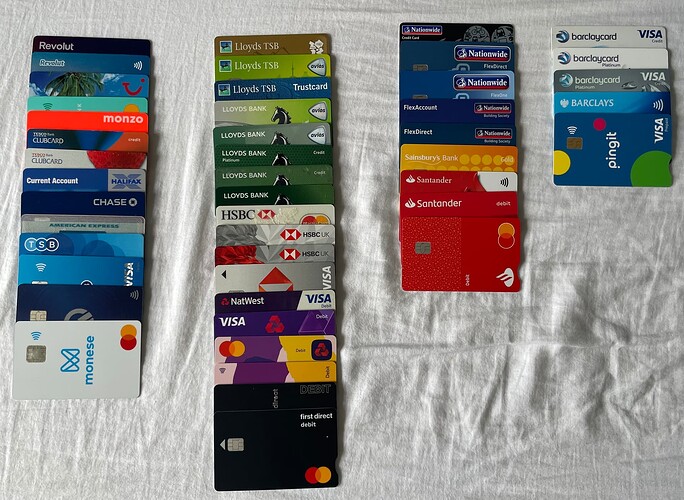 You’re much more organised than than me. I just put them in the shredder then plastic recycling bin.

Were they all yours? There is a legacy TSB Trustcard and a Nationwide Flex One

I just put them in the shredder

Much like me, once I’m done with a card it goes.
That said though, I have thoroughly enjoyed this thread

Some of the collections are awesome

You’re much more organised than than me. I just put them in the shredder then plastic recycling bin.

I love cards, don’t know why! So i keep one of each design that i come across.

Were they all yours? There is a legacy TSB Trustcard and a Nationwide Flex One

I did explain in my original post, but took it down - some are mine and some have been given by family when cards have expired.

The Trustcard belonged to my late grandmother (i somehow feel sentimental about it!).

The FlexOne is an account i still have, you can keep until you’re 23. It has 0% foreign exchange fees and 0% overdraft!

Out of curiosity, how many are active and being used and which one is your main account? I always wonder how many cards are active when I see pics like these as I have had multiple accounts closed through dormancy.

Only approx 12 are still open at the moment from that image. My collection has grown since then though!

jesus that is a lot! My partner thinks I’m excessive with 5 accounts. What do you actually make use of out of curiousty? Like I said I have 5 but only tend to use two accounts.

Just like having them, some have good savings linked to them - others are just open as switcher accounts!